A minibus driver has been jailed for six years for causing the death of a colleague in a high-speed crash after driving for several hours while under the influence of cocaine.

Lee Burdon, of Tristram Avenue, Durham, was driving a Ford Transit minibus that was involved in a collision with a lorry on the A34 southbound near Sutton Scotney in Hampshire, at about 4.30am on Monday February 26.

A passenger in the minibus, Craig Hall, of Middlesbrough, who had two children and three step-children, was pronounced dead at the scene.

Three other passengers were injured and the 63-year-old lorry driver was unhurt.

The 20-year-old defendant pleaded guilty at Winchester Crown Court to causing death by careless driving while over the prescribed drug limit.

The court heard he had 112 mcg/l of benzoylecgonine - a byproduct of cocaine - in his system, which is twice the legal limit.

David Reid, prosecuting, explained Burdon was the designated driver for a group of employees travelling from the north-east to the now-defunct Fawley Power Station in New Forest, Hampshire.

He had driven for more than four hours, including breaks, covering 250 miles from Wetherby, when the accident happened as he misjudged overtaking a lorry at an estimated 92mph in a 60mph zone of the dual carriageway.

Mr Reid said: "The near front side of the minibus struck the lorry, causing the minibus to spin out of control.

"It rolled on to its roof, overturned twice before returning to its wheels."

He added Burdon was seen getting into the vehicle at a service station before the crash looking "dishevelled and very tired".

Tom Gent, defending Burdon, said: "There is genuine remorse, he expresses a heartfelt apology to all those affected particularly Mr Hall's family. He expresses a complete acceptance of responsibility."

He said Burdon, an "inexperienced driver", had taken "five or six keys" of cocaine on the Saturday night and would no longer have been feeling the immediate "euphoric" effects of the drug when the crash happened.

Mr Gent added: "He accepts he was travelling too quickly over the course of the journey, he accepts entirely he misjudged this overtaking manoeuvre with horrifying consequences.

"While his driving wasn't impaired by the immediate effects of cocaine, he accepts his use of cocaine on the previous night would have contributed to the level of fatigue."

Jackie Hall, the victim's wife, said in a victim impact statement read to the court: "Craig was my whole world and he used to say his life never started until he met me.

"He treated me like a princess, we had such a wonderful life together, now all that has changed because of the reckless actions of Lee Burdon."

She said she now suffered from anxiety and her husband's death had left their children requiring counselling.

As well as the prison sentence, Judge Andrew Barnett banned Burdon from driving for eight years and ordered him to take an extended retest. 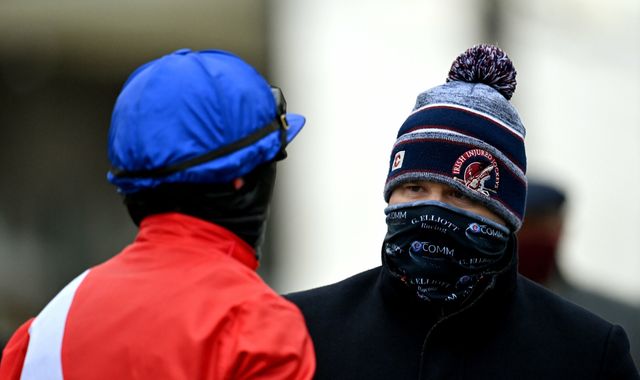