The AA say more lay-bys need to be installed on the M4 before it becomes a so-called 'Smart Motorway' between London and Theale.

According to Highways England, emergency refuge areas are typically in place every two kilometres on smart motorways, meaning motorists driving at 60 miles per hour pass one around every 90 seconds.

But the AA say drivers have made it ``abundantly clear'' that they believe this is insufficient to avoid broken down vehicles being forced to stop in live running lines, putting them at risk of being hit from behind.

Officials have been keen to press ahead with smart motorway projects, which are already in operation on sections of the M42, M1, M6, M4 and M5.

Earlier this month Transport Secretary Chris Grayling gave the green light for the hard shoulder to be permanently used as a traffic lane on a 32-mile stretch of the M4 from Hayes, west London, to Theale, Berkshire.

Earlier this year MPs on the Commons Transport Select Committee held an inquiry which concluded that such schemes - known as all lane running - are too dangerous and have not been properly considered.

An AA survey of more than 20,000 motorists found that 79% think the loss of hard shoulders has made motorways less safe. 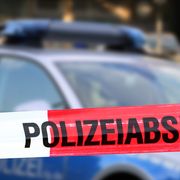 Rot am See: 'Fatalities' after police respond to shooting in German town

Who is Emmerdale's Pierce Harris? Everything you need to know about Graham Foster's murderer