Fire crews called out to M40 following crash involving two lorries. Drivers caught up in delays due to closure between Bicester and Oxford.

Latest from Oxfordshire Fire and Rescue 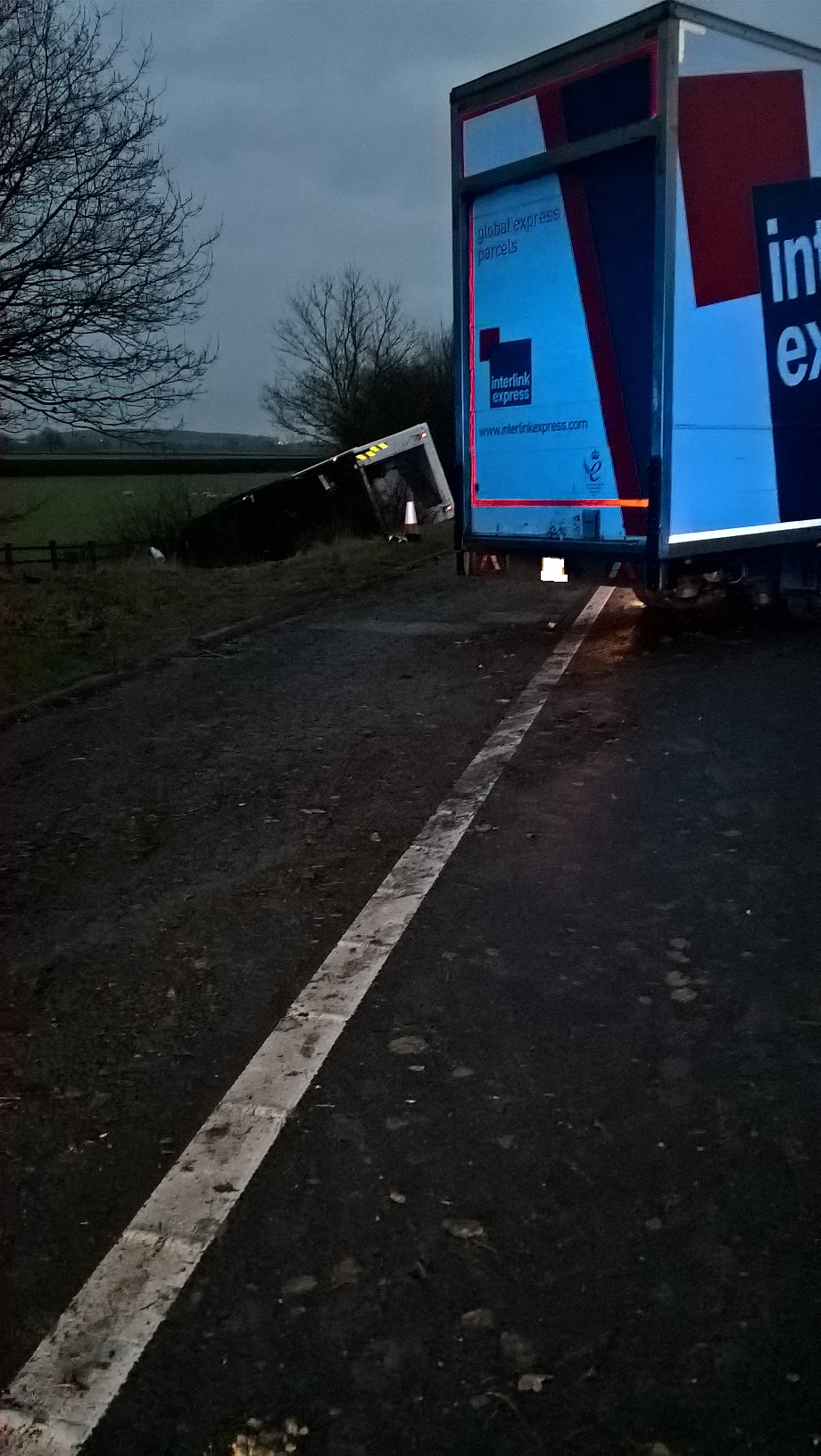 On arrival the initial fire crews were met with an unstable lorry that had overturned and was half way down a bank, and another that had hit the central reservation completely blocking the road.  Fire crews quickly assessed the situation, checking for injured people and checking the vehicles were not leaking fuel or carrying any hazardous loads. It was quickly established that there were no serious entrapments and the walking wounded were treated by South Central Ambulance Service.

Incident Commander, Station Manager Paul Webster said: “It was a lucky escape for the two drivers and the other road users, that there were no serious injuries, the cause of the accident is being investigated by Thames Valley police. I urge all drivers to pay particular attention when driving long distances , taking regular rest breaks and leave enough stopping distance between you and the vehicle in front”.