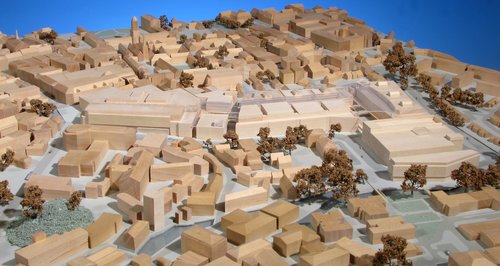 Multi-million pound plans to more than double the size of the Westgate shopping centre in Oxford have been revealed.

The redevelopment will also create 3,000 jobs and is planned to open in 2017.

The outline plans, prepared by the Westgate Alliance will see the existing centre significantly extended and refurbished, delivering new shops, restaurants, cafes and public areas as part of the redevelopment.

Specific elements of the plans include:

Sara Fuge, development manager for the Westgate Alliance said: ‘We want to create an exciting new destination in the heart of Oxford that will attract visitors from across the city and beyond. We are keen to meet with local people at our upcoming consultation events to explain our plans and hear their views on what we are proposing.’

Councillor Bob Price, Leader of Oxford City Council, said: 'This is an incredibly exciting project that will transform the retail and leisure experience in Oxford. We are looking forward to sharing the proposals with local residents and hearing their views on the plans.'

Rresidents can also view and comment on the plans via the project’s consultation website www.westgateoxfordconsultation.co.uk from the 20th June.