50 firefighters from both Oxfordshire and Buckinghamshire have helped put out a fire at a Hardware Shop in Watlington.

Called Out at  6.59 pm on 7 April 2017 Thames Valley Fire Control Service received multiple calls to a shop on fire in the High Street, Watlington, Oxfordshire. 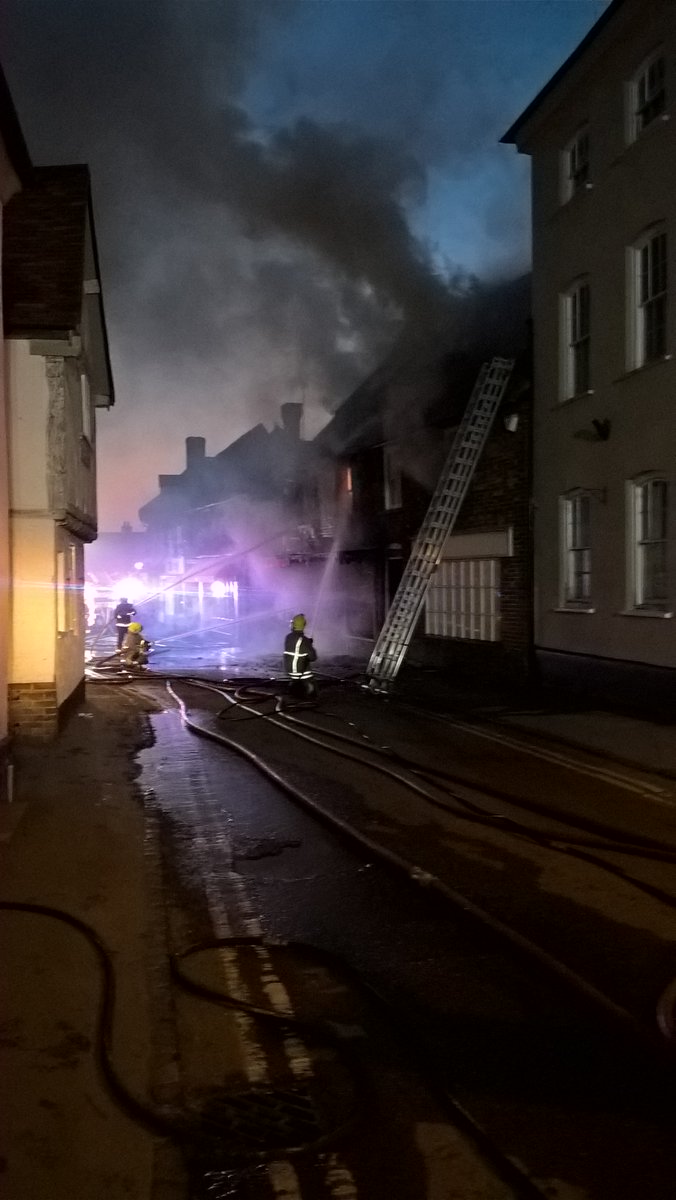 On arrival they were faced with a rapidly developing fire that was involving the ground and first floors. Firefighters wearing breathing apparatus, quickly got firefighting jets to work, putting water on the fire to stop it spreading to adjoining properties. The fire has damaged the hardware store and first floor residential accommodation.

The Incident Commander Marcus Reay quoted “I was very proud of my firefighters who worked tirelessly to bring the fire under control, in hot conditions using breathing apparatus, ladders and hose lines, in getting water onto the fire to stop it spreading. They worked tremendously together as a team and everybody put in a great deal of effort. Fortunately there were no casualties”.