Thames Valley Police have released two CCTV images in relation to a football offence in Reading.

A missile was thrown during Reading’s FA Cup quarter final match at home to Bradford AFC on Monday 16 March this year.

During the incident a broken piece of chair from the stadium was thrown towards the Bradford fans. 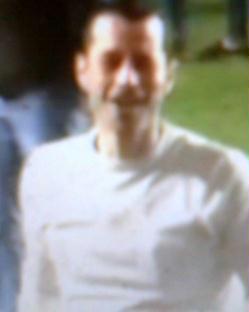 “I would appeal to anyone who knows the man in these two images, or the man himself to contact police immediately via 101.

"We believe that this man may have vital information about an incident where a piece of chair from the stadium was thrown at Bradford supporters.

“I know that some people don’t feel comfortable speaking to the police, so alternatively you can contact the independent charity Crimestoppers anonymously on 0800 555 111 or online at www.crimestoppers-uk.org. No personal details are taken, information is not traced or recorded and you will not go to court.”