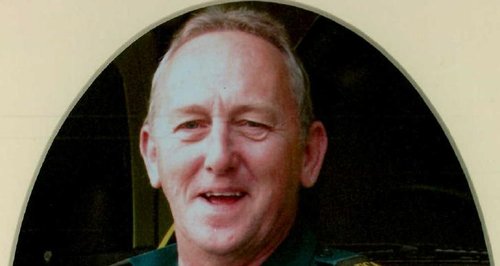 A man has been sentenced to five years in prison at Oxford Crown Court for causing death by dangerous driving.

Adam Lipowski, aged 42, of Walmer Close, Tilehurst in Reading, was found guilty in March after a week-long trial.

He has today (May 6) been sentenced to five years’ imprisonment for causing death by dangerous driving and was disqualified from driving for five years.

On 11 September 2013, Lipwoski was driving a 15-tonne Mercedes refuse truck on the A4074 towards Reading when he failed to see a Black Subaru which was waiting to turn into the entrance of Oratory School in Woodcote.

He braked at the last minute but collided with the Subaru car at 36 mph, killing the front seat passenger, 56-year-old Andrew Evans.

The Subaru was pushed across the road into the path of a Ford Focus.

In the seconds leading up to the collision Lipowski was speeding and using his mobile phone.

Throughout the trial Lipowski refused to accept any responsibility for the collision.

“Life is very empty for me without my husband Andy. I no longer have a husband, no one to hold and love me, no one to smile at me and make me laugh, no one to support me physically with my disability or mentally.

"No one in the house that made it a home. Rachel has lost her dad, a dad who loved her unconditionally, even when she was naughty as a child. Our grandchildren have lost their Granddad Ambulance.

“We as a family will never forget the most loving, caring, reliable, honest man, Mr Andrew Paul Evans. Those who knew Andy would agree with us.

“We would like to thank the police, in particular Sally Barden the liaison officer, she was always there for me. She always said it was fine to text any time.

"She supported me when I cried, shouted and laughed. She embraced the family with respect and always had time for them all.

"This also included a family friend. We would also like to thank Dick, Kevin and Dave for all the long hours they put into this case, also Mr Law, our barrister for helping in a personal problem and putting forward an honest case. Thank you all.

“Stop and think before using your mobile while driving, you could kill an innocent person. Someone who has done you no harm and leaves a family devastated.”

“A man lost his life due to the actions of Lipowski, who throughout the trial has refused to accept responsibility for causing Mr Evans’ death.

"Lipowski’s dangerous driving has had a devastating impact on a family and while there is nothing which will make up for their loss, I hope that the sentence today gives them some sense of justice.”