Robbers Jailed For Over 15 Years

Two men have been jailed for a total of 15-and-a-half years after carrying out a series of robberies within the space of 90 minutes in the East Berkshire area, targeting lone young women and an elderly man.

Kenneth Romney, aged 42, of Seymour Road, Slough, and Mohammed Hussain, aged 32, of Hanover Way, Windsor, were found guilty of three counts of robbery, one count of attempted robbery and one count of making off without payment following a trial at Reading Crown Court.

The first incident was at 6.05am on Saturday 11th February 2012 when the pair drove up to a 71-year-old man walking along Lyndhurst Road in Ascot.

Romney got out of the car and demanded the man hand over money. He saw the offender put his hand into his pocket and fearing he may have a weapon decided to run off. The offenders drove off empty-handed.

Four minutes later, Romney and Hussain drove into the Esso garage in High Street, Ascot in a dark grey Lexus. Hussain filled up the car with fuel and then drove off without paying.

At about 6.50am the same day, the pair drove up to a 17-year-old girl in Albert Road, Old Windsor. Romney got out of the car and grabbed the girl, producing a weapon and threatening to stab her. He pulled a drawstring bag from her shoulder and the pair drove off.

Ten minutes later, a 15-year-old girl walking along Slough Road in Datchet was targeted by the pair. Romney got out of the car and went towards her. When she tried to get away he pulled her handbag from her shoulder and threw it into the back of the car. The pair then drove off.

The final incident was just before 7.30am and involved a 31-year-old woman who was walking along York Road, at the junction with Green Lane.

The pair approached her in the car and Romney got out and threatened her with a screwdriver, grabbing her BlackBerry phone from out of her hand. He held the screwdriver to her face and demanded she hand over her bag. He then grabbed the bag and the pair drove off.

“They terrified their victims into handing over their belongings, using intimidation and threats of violence.

“In the incident involving the 15-year-old girl, they laughed at her from the car as they drove off, showing their utter contempt and extreme callousness.

“I welcome the lengthy prison sentences given to them both which shows how seriously the courts treat offences like this and offenders like them.

“We will not tolerate these types of crimes in the Royal Borough and we remain committed to seeking out offenders and bringing them to justice.” 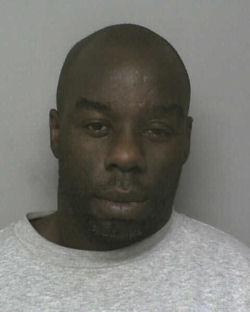 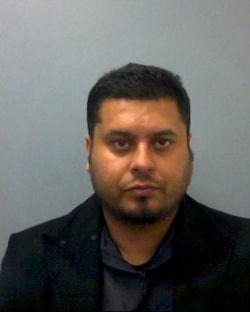