Six people have been injured following a serious collsion overnight which has closed part of the M40 in Oxfordshire.

**update at 10.30am - latest from Thames Valley Police

Thames Valley Police officers were called to a multi vehicle road traffic collision on the northbound carriageway of the M40 just before midnight last night.

Officers attended the scene along with the ambulance service, fire service and Highways England.

One man was taken to hospital with serious leg injuries and three others were treated for minor injuries.

The next of kin for both victims have been informed and are being supported by specially trained officers.

The road was closed between junction 10, Cherwell Valley Services, and junction 11, Banbury but has since been reopened.

“Our thoughts are with both men’s families at this difficult time. We would like to speak to anyone who may have witnessed the collision who has not yet spoken to police.

“We would appeal to anyone who witnessed the collision and has not yet spoken to officers to please contact us. Anyone who has any information which could assist the investigation should call the 24-hour Thames Valley Police enquiry centre on 101 quoting URN 1669 (23/12)."

If you have any information relating to this case, please call 101 quoting reference '1669 (23/12)', or contact Crimestoppers

South Central Ambulance Service NHS Foundation Trust (SCAS) were called last night at 23:37 to an RTC involving multiple vehicles on the M40.  We had on scene 5 ambulance crews, 2 ambulance officers, a doctor and specialist paramedic assessing and treating six patients.

All our patients were assessed and treated at the scene by all our crew before being taken onto hospital.

Thames Valley Police were called out just before midnight to a multi vehicle collision between Junction 10 and 11 on the northbound stretch of the motorway. 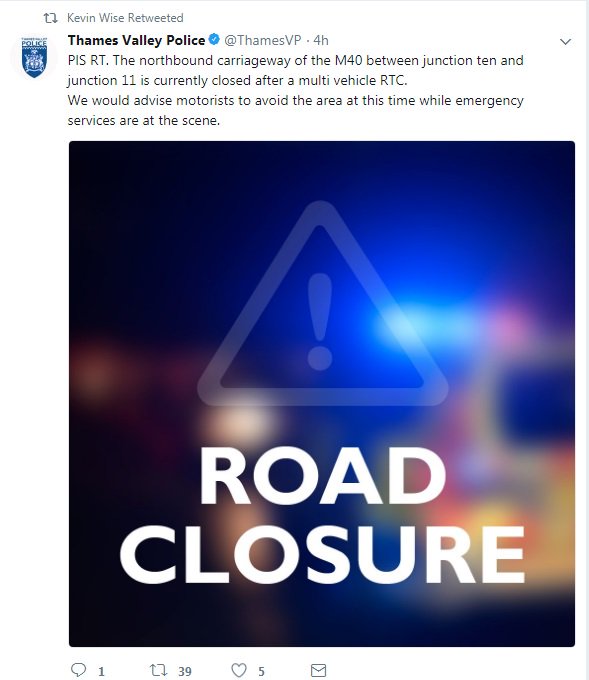 Fire crews from Oxfordshire and South Central Ambulance Service have been at the scene, it's not yet known how the six people are. 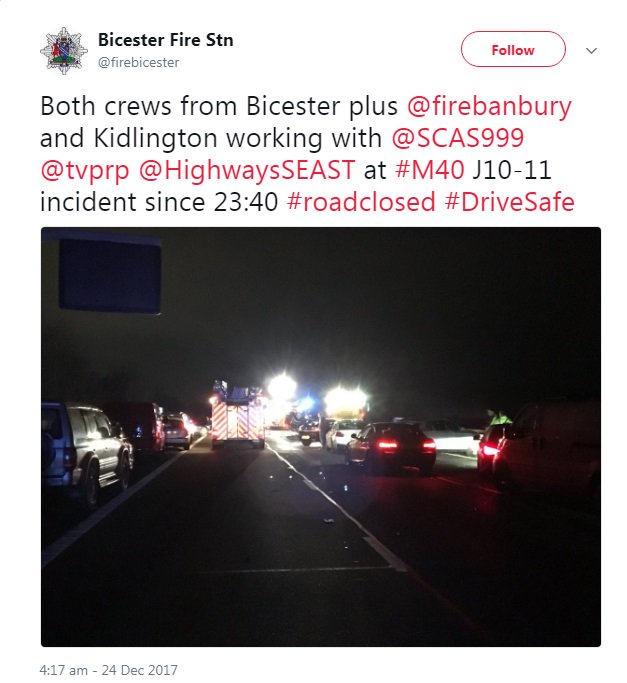 Highways England have now set up a diversion along the A43 near Brackley. 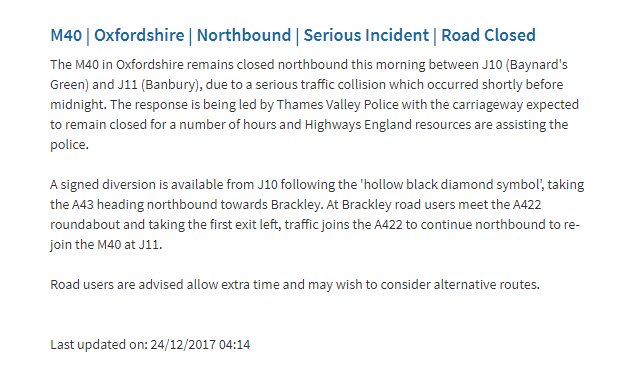