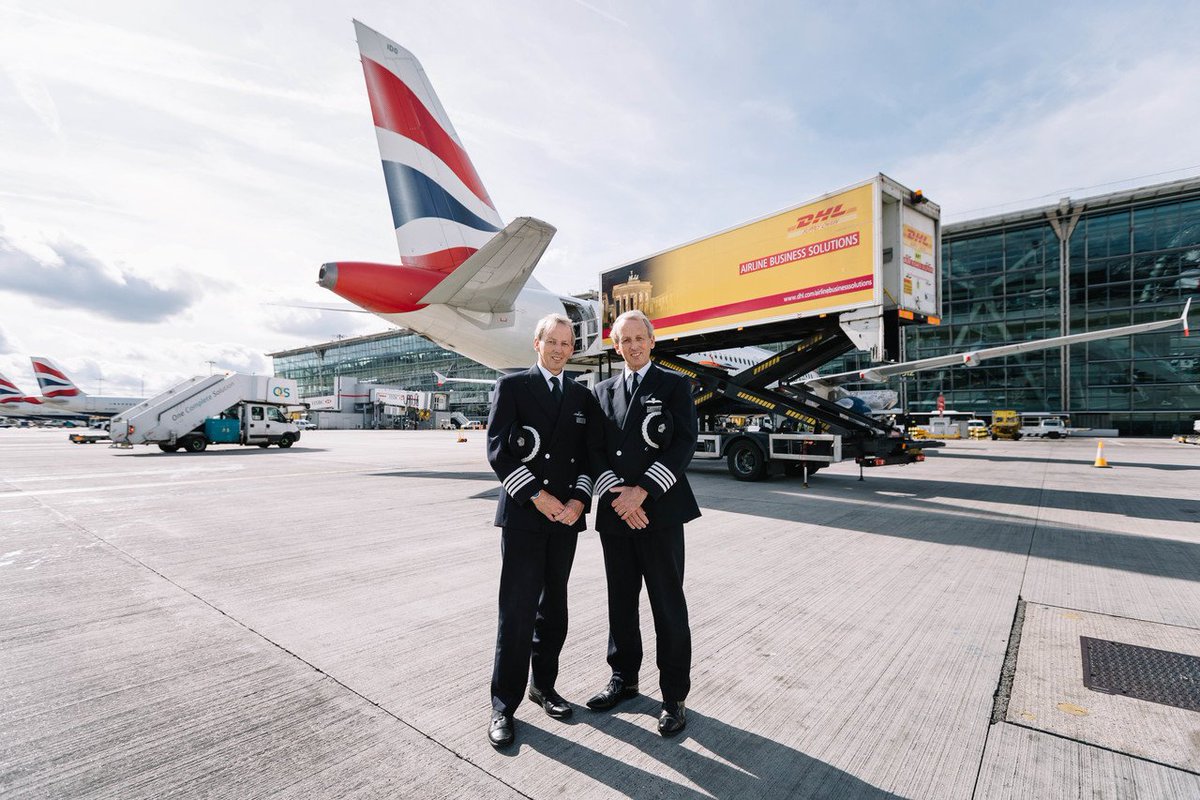 Between them they have clocked up almost 45,000 flying hours and flown more than two million passengers.

Nick flew in from Gothenburg, Sweden, at 12.34pm on Thursday, while his brother Jeremy landed after flying from Geneva, Switzerland, at 12.35pm.

Between them they have clocked up almost 45,000 flying hours and flown more than two million passengers.

Jeremy, from Flitton, Bedfordshire, described landing alongside his brother as "a good way to finish".

He could not resist poking fun at the UK's congested airspace after his final flight in an Airbus A320.

"I've spent over two and-a-half years in the air," he told the Press Association. "A lot of it in the holding pattern over Heathrow."

Despite working for the same airline, the brothers did not fly together as they are both captains.

Jeremy said they "never had a rivalry" over their flying careers, and were "always supportive" of each other.

He signed up to BA 30 years ago in 1987, while Nick joined the company from British Midland in 2012, when it was absorbed by the flag carrier.

"Like every aeroplane has it's last landing, so does a pilot. I think that's the way to look at it."

The pair are not strictly identical, but look and sound so similar that they are often mistaken for one another.

"It took a bit of explaining to convince him that I wasn't Jerry!"

"A fitting finale to long and impressive careers and I know that they will be sorely missed on the fleet."