The incident happened at around 1.05am on 15 February on the Reading to London Paddington service, just before the train stopped at Ealing Broadway.

The victims, a 35-year-old man and a 26-year-old man were travelling home following a night out for Valentine's Day.

They both fell asleep and missed their stop.

When they woke up, as the train was approaching Ealing Broadway, they found they were being attacked.

A group of men were punching and kicking them repeatedly. 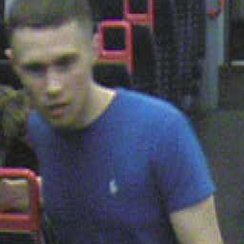 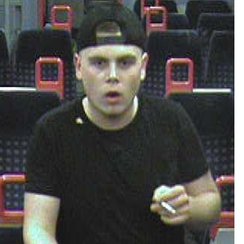 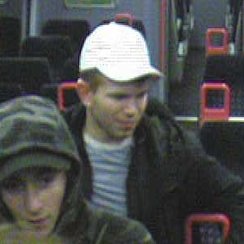 The victims attempted to get away but the offenders followed and continued to attack them during a prolonged assault.

The offenders got off the train at Ealing Broadway and left the station.

One of the victims sustained head injuries including cuts and bruises and was knocked unconscious.

The other victim had his front teeth knocked out. Both required hospital treatment.

Investigating officer, PC Peter Taylor, said: “This was a very nasty assault committed by a group of men who attacked two other men while they were sleeping on the train. The victims believe the motivation for the attack was that the offenders thought they were gay.

“Hate crime such as this will absolutely not be tolerated by British Transport Police. I would like to speak to anyone who recognises the men shown in the CCTV images as they may have information which could help with the investigation.