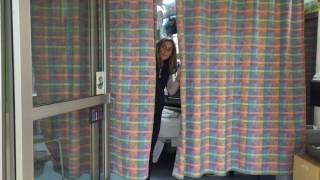 Will Hunt is suffering from heart failure, but it doesn't stop him from singing a beautiful version of Maroon 5's 'She Will Be Loved'.

Sometimes things are thrown our way to remind us just how precious life really is.

Sixteen-year-old Will Hunt from Chattanooga, Tennessee, was recently diagnosed with cardiomyopathy - or heart failure to the layman.

Read more: Your Heart Will Melt Watching This Baby Girl Learning To Eat With Her Feet

Whilst waiting in hospital for surgery, he decided to pass the time in the intensive care unit at Vanderbilt Children's Hospital by putting on a little show for his family, which involved a rendition of Maroon 5's 'She Will Be Loved'.

Will's younger brother Mac, captured the moment, posting it to twitter to show how proud he is of his sibling.

Currently my 16 yr old brother is dealing with heart failure and is at Vanderbilt Hospital. Just thought I would share @Willhunt190 love u pic.twitter.com/iJRtxrZTBI

Since Mac posted the video to twitter, it has received over 4,000 retweets and 8,200 favourites. A longer version of the video was uploaded to YouTube and has since been viewed only 100 times - a figure we predict will grow quickly.

Will is waiting to undergo two rounds of surgery, the second of which is a heart transplant.

Maroon 5 is a song you shouldn't be listening to on a bad day, let alone making it your own when you're in a hospital bed awaiting a heart transplant.

There's not a dry eye in the office over here at Heart HQ.