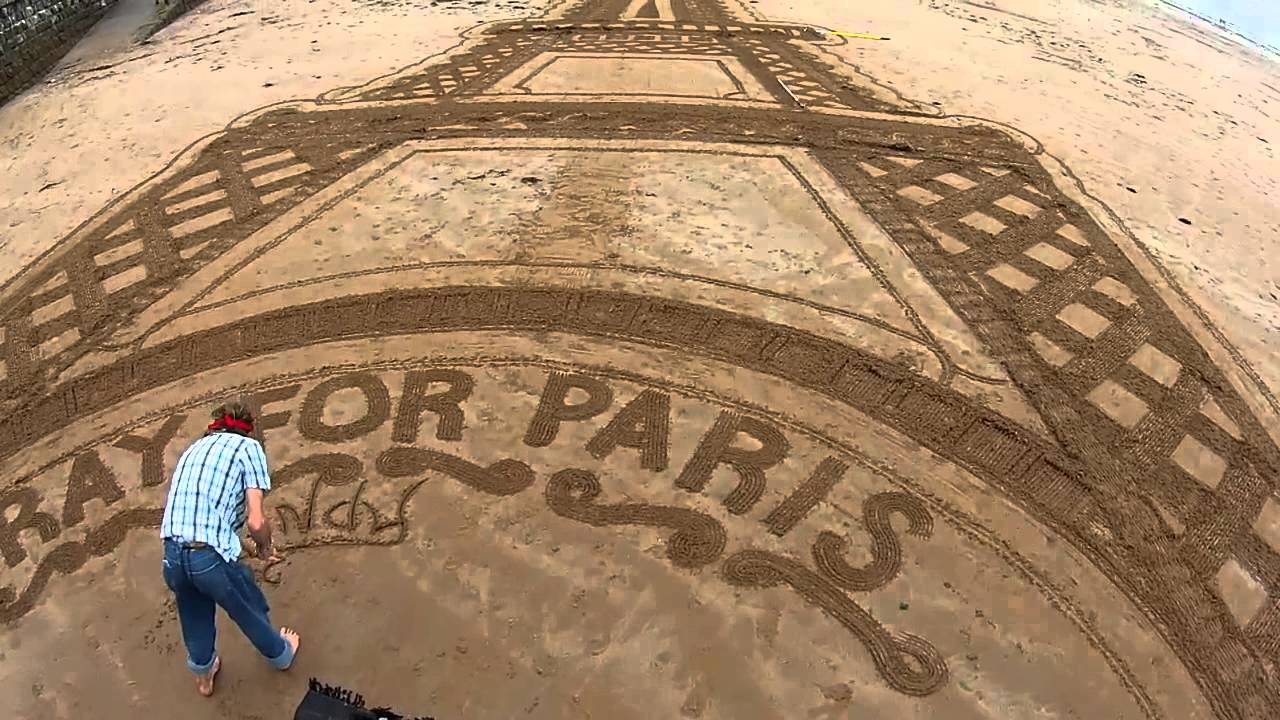 Torbay's own sandman has paid his own personal tribute to the victims of the Paris shootings.

Geoffrey Ward created a heartfelt tribute by drawing the Eiffel Tower in the sand at Torquay Seafront.

The design, on Torquay seafront in the sand opposite the French restaurant Bistrot Pierre, was wiped away by the tide.

But not before  Anthony-James Nicholson preserved the design, and the sentiment, for posterity in a specially made film.