Police searching for missing Newcastle woman Margaret MacDermott have found a body in the River Tyne.

In a statement, Northumbria Police say

"At 12:23pm on Tuesday, March 22, police received a report that a body had been seen in the River Tyne at the Quayside.

The body was recovered from the water and although not yet formally identified we believe it is missing woman Margaret MacDermott.

Margaret, who was 50 and from Bolbec Road in Fenham, was reported missing to police on Saturday February 13.

Margaret's family have been informed and a report is being prepared for the coroner.

Our thoughts are with her family and friends at this time."

Margaret MacDermott, who is 50, and from Bolbec Road in Fenham was last seen around 11pm on Friday, February 12, at her home address.

On Saturday, February 13, her car was located near to the Eye on the Tyne pub, Newcastle Quayside, and CCTV enquiries showed Margaret had parked it there around 5am that morning.

The footage showed her getting out of her car, crossing the road and walking along the river towards the Millennium Bridge where she stopped and paused.

From this point there is no further CCTV footage of her. One possibility is that Margaret may have entered the River Tyne.

From our enquiries we have identified three possible witnesses who were in the Quayside area around the time Margaret was there on Saturday February 13.

We are appealing for these people to get in touch with us so we can speak to them and find out if they have any information that might help us with our search.

At around 6:10am on Saturday February 13th a person was seen on cameras near to the Baltic in Gateshead walking along Hawks Road towards Quarryfield Road and past the entrance to Gateshead College at around 6:10am. This is around the same time that Margaret was in the area of the Millennium Bridge and not too far away.

At around 5:35am on Saturday February 13th a security guard saw an elderly woman near to the steps between Sandgate and City Road on Newcastle Quayside. They think the woman may have been walking with a walking stick or aid and was dressed all in black with a hood up.

At around 5:14am on Saturday February 13th CCTV footage from Broad Chare shows an estate car pulling into the road and two people getting into the vehicle. The car then drives down the road, past where Margaret's car is parked outside of the Eye of the Tyne pub, and turns right onto the Quayside Road. 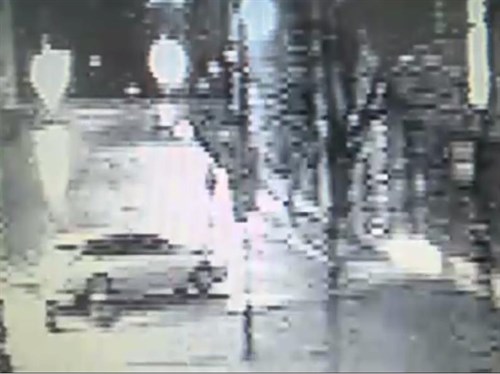 Central Area Command Chief Inspector Alison Best said: "We are appealing for all of these people to contact us as they may have seen Margaret that Saturday morning and may be able to help us with our enquiries. Although we are especially keen to speak to these witnesses I'd still urge anyone who was in the Quayside area that morning and who might have any information that could help us to come forward and speak to us."

Anyone with any information is asked to contact police on 101.