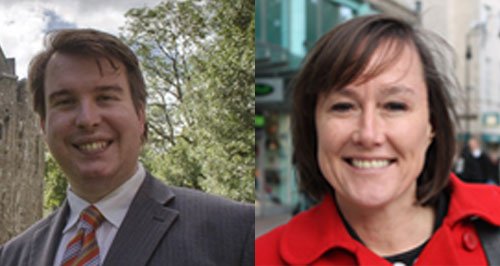 Two new Cardiff MPs tell us they're looking forward to getting to work representing their constituencies at Westminster.

Conservative Craig Williams held the seat of Cardiff North, previously the most marginal seat in Wales, increasing the party's majority to over 2000.

Meanwhile, in Cardiff Central, Jo Stevens helped Labour to victory over Lib Dem Jenny Willott who had represented the area since 2005.

Hear what Craig Williams' priority will be for Cardiff North:

Jo Stevens was delighted to win the seat back for Labour: