Danish PM cheers on husband as he wins seat 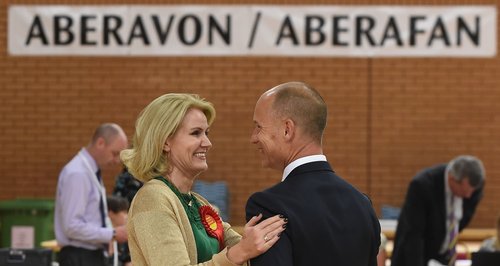 Labour may not have provided the UK's new Prime Minister, but Aberavon candidate Stephen Kinnock was cheered on by a different PM.

Kinnock, the son of veteran Welsh Labour politicians Neil and Glenys, has been married to the Danish Prime Minister Helle Thorning-Schmidt since 1996. She became PM of Denmark in 2011 as leader of a coalition government headed up by the Danish Social Democrats.

There was plenty of interest from the Danish media as she attended the count in Aberavon that saw her husband elected to parliament.

She watched on and took photos on her phone as the declaration was made.