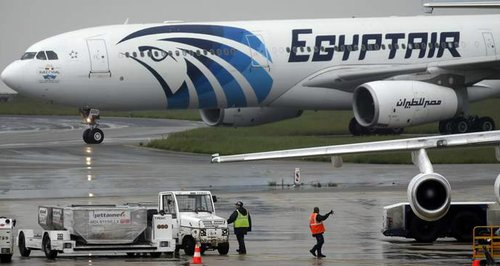 Richard Osman, who grew up in Carmarthenshire is feared dead alongside 65 other people on board EgyptAir flight MS804.

The 40-year-old who only recently witnessed the birth of his second daughter worked in the mining industry for more than 16 years and was employed by Centamin - a mineral exploration and mining company - as a business development manager.

Mr Osman had spent 12 years at the company's Sukari mine in Egypt. Prior to that, he worked in Western Australia.

As his family await the latest news from the search operation, his friend of fifteen years Omar Samour recounts the good times they shared together while he worked in Egypt.

He recalls the long days they spent on gold mining expeditions in the desert and talks about how Richard was loved and respected by whoever he met.

It's still unclear what caused the jet to vanish from radar with a terror attack still a possibility.