See where UKIP surged in Wales 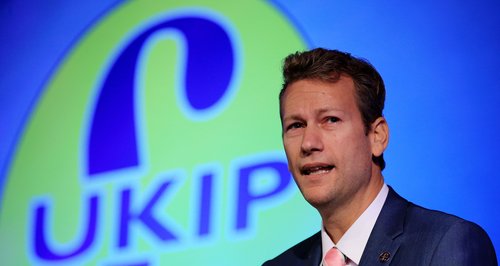 UKIP leapfrogged the Lib Dems and Plaid Cymru to become the third biggest party in Wales based on the percentage of votes cast.

Despite not winning a seat in Wales and only keeping one of their two seats in England, the party's Welsh leader Nathan Gill was positive.

Walking home from the count to the dawn chorus, magical night for UKIP Wales, cemented place as 3rd party in Wales pic.twitter.com/t4ohIwGGLz

UKIP hugely increased their share of the vote in a number of areas including traditionally Labour supporting constituencies like Caerphilly, Islwyn, Cynon Valley, Merthyr Tydfil & Rhymney, Torfaen and Blaenau Gwent.

Sam Gould who was the party's best performing candidate taking almost 20% of the vote in Caerphilly has already announced his intention to run in the Assembly elections next May.

See how UKIP polled across Wales on our interactive map. Click on a constituency to see the vote share and which party currently holds it.