Services For A470 Teenage Victims 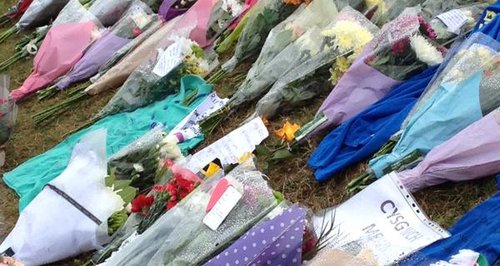 Pupils in Barry are returning to school after a tragic weekend which has seen three teenagers killed in a car crash.

Seventeen year old Corey Price, a former pupil at Ysgol Bro Morgganwg, died in the Brecon Beacons on a stretch of road famous for fatal accidents. His mum and dad say they're devastated.  He was travelling with his best mate, Rhodri Miller, also seventeen studying for his A-levels at the school.  He'd been driving just three days after passing his test.

Rhodri's parents say he loved his football and was a former Cardiff City academy player. His girlfriend seventeen year old Alesha O'Connor was also a passenger and died from injuries in hospital. She was a pupil at St Richard Gwyn Catholic High in Barry and her family have described her as the "perfect daughter and friend."

Two other teenagers are still in a critical condition in hospital. This morning teachers at Ysgol Bro Morgannwg will be offering counselling and support to pupils and inviting former pupils to sign a book of condolence and lay flowers.

A woman from Merthyr, Margaret Challis was also killed on Friday when the car she was in hit the teenagers on the twisty roads of the A470 in Powys

Police haven't released the details of the moments before the deadly crash but believe several friends were travelling together in six cars.

They've arrested and bailed seven teenagers, all from Barry, five on suspicion of dangerous driving.