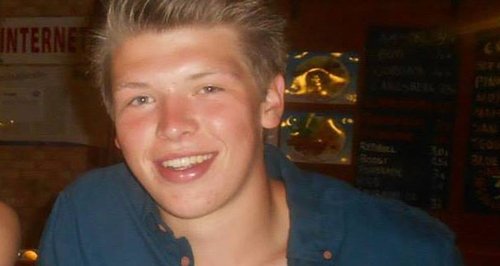 As part of Global's Make Some Noise Day on Thursday October 9th, people from around the UK will be cycling to help raise money for disadvantaged children and young people across the UK and here in South Wales.

South Wales is being represented by James Clatworthy and Huw Owen who will be joining other local champions. They'll be cycling to represent the Noah's Ark Children's Hospital Charity, one of the South Wales causes that will benefit from the fundraising generated by Global's Make Some Noise.

James was admitted to the Children's Hospital of Wales at 8 o'clock at night on the 29th of December 2008 where he was diagnosed with a rare form of leukaemia. Emergency chemotherapy started the following day. His gruelling treatment meant he spent five months in hospital.

James met Emyr during his first lot of treatment. They shared a room in the children's hospital on and off for about five months. During that time their families became very close as they were together 24 hours a day, and became a great support to each other. Sadly Emyr passed away but they have all remained friends. Huw will be cycling in memory of his brother Emyr.

James' mother Karen says "The new theatre and all the new facilities will be amazing for the children. It's not until you're in our position that you really appreciate what Noah's Ark have given our children of Wales."

"My little brother Emyr was a fit, active, lovely little boy who loved many things but mainly his family and friends and rugby. In May 2008 he was admitted to the Children's Cancer Ward in the University Hospital of Wales where he was diagnosed with Cancer. He was extremely brave and courageous throughout many operations and on commencing many gruelling courses of chemotherapy and radiotherapy. We were very grateful to be in the Noah's Ark Children's Hospital as a centre of excellence. Emyr died after fourteen months of gruelling treatment. We will be forever grateful for the fundraising that has enabled the facilities we used but there is a constant need to develop the hospital and provide the sick children with the care and expertise in appropriate facilities."