West Midlands Police say they carried out early-morning raids after reports of people being brought to the UK to be offered out to work on low pay.

The force continued to say "gangmasters" received a cut of their wage, which led to the victims - three men and two women - being safeguarded.

Nine men and four women - aged 18 to 60 - have been arrested on suspicion of slavery offences and are being questioned in custody.

Sergeant Phil Poole, from the force's modern slavery investigation team, said: "These raids were carried out as a result of intelligence and illustrates our intent to stop cruel individuals making cash off the misery of others.

"There is no place for the exploitation of people and we will not hesitate in taking firm and decisive action to stop this."

Gangmasters and Labour Abuse Authority senior investigating officer Andy Davies said: "This was a well-planned and hugely successful operation, and we were proud to assist West Midlands Police with the preparatory work, the arrests and in supporting the alleged victims.

"Early indications suggest that a legitimate employment agency may have been infiltrated by an organised criminal gang."

"Red Cross staff will be available to run the rest centre for as long as they are needed." 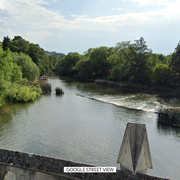 Two men die after being pulled from water in Bath 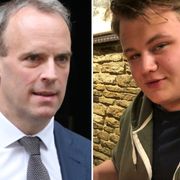