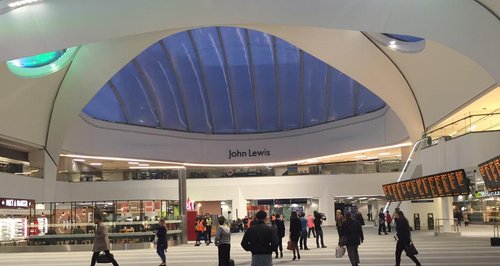 Birmingham's main station has reopened after 10 years of rebuilding. New Street was voted one of the country's biggest eyesores and was named the joint-worst station in the UK before work began.

It's been the centre of the transport system in the West Midlands for over 150 years, but its last major redevelopment was in the 1960s when the familiar concrete buildings and Pallasades shopping centre opened. Now, after over 10 years of planning, the new station is fully open to the public with a huge John Lewis store and revamped concourse.

Network Rail have released an amazing time lapse video of the work:

This afternoon the Transport Secretary's been telling Heart what he thinks of the finished product.

The building work officially started on 'Gateway Plus' scheme in 2010, with the hope of bringing £2.3 billion investment into the West Midlands and creating over 3,000 jobs.

In that time, passengers, taxis, parking, and shops have been rerouted around the building work with the first half of the new concourse opening in April 2013. The same year, New Street was named as the UK's busiest station outside of London with annual passenger numbers increasing to almost 35 million. More than 140,000 people use the station every day - when it was rebuilt in the 60's, it was only designed for 50,000 people a day. 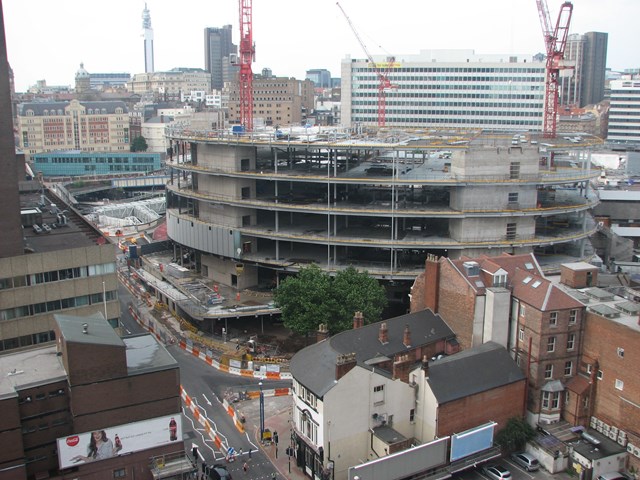 The rebuild sees the station increase in size - the concourse is now FIVE times the size of London Euston, and the John Lewis store is the biggest outside of the capital at 250,000 square foot.

Heart went behind the scenes on site to talk to Rob Flavell - the man behind the development who's worked on the project for over ten years. Rob grew up in Walsall, and told us that he was proud of having such an impact on the West Midlands region:

I have just seen the stunning @networkrail transformation of Birmingham New Street station for the first time. pic.twitter.com/3bPdKQar09

After two years commuting daily through a building site the result is rather welcoming #BirminghamNewStreet pic.twitter.com/tiUJAHdpfT