Birmingham City Council is still failing to do enough to protect vulnerable children but there are signs of improvement, a report has said.

A newly-published Ofsted inspection report concluded the authority's children's services were still inadequate - a rating it has held since 2008.

In a 40-page report, inspectors said: "Too many children have been identified as being at risk of immediate harm.''

But despite criticism that the council's leadership could have an "over-optimistic'' approach to its progress, inspectors said it was taking "important steps forward''.

The council welcomed the report and said it was still part-way through a three-year improvement plan.

The watchdog's inspectors said the Birmingham authority had 2a history of providing poor services to children and their families'' and identified continued "serious and widespread failings'' in some services.

Criticisms highlighted the "inconsistent'' work to tackle sexual exploitation of children, with inspectors concluding "much (of the work) is poor''.

Also poor were services for children missing from home or care, while disabled children in need of help were having to wait too long for support.

Referrals for domestic abuse were found to be "high'' at more than 3,000 per month, leaving social workers battling a backlog of 401 cases.

Inspectors said improvement was also needed to support and plan the care of 94 unaccompanied asylum-seeking children looked after by the local authority.

The multi-agency hub, known as MASH, which brings together agencies like social workers, police, and health professionals to make referrals about children's cases, was not being effectively managed, Ofsted added.

Inspectors said this meant children did not always receive the right services.

It also criticised MASH's over-reliance on agency staff to fill gaps in the workforce, and said partnership working needed strengthening.

But inspectors found "progress'' in the adoption service, work with care leavers, looked-after children and tracking youngsters who were missing education.

The council is still receiving three-monthly Ofsted monitoring reports, and these will continue until the department can prove to inspectors it is doing enough to safeguard children.

Meanwhile, the council said its plans to spin-off the children's services department as a voluntary trust were continuing.

It announced that the council's government-appointed children's commissioner Andrew Christie would become the trust's chairman, and a new commissioner would step in to his old role.

Mr Christie said he would now be hiring a chief executive for the trust "as soon as possible'' in the new year.

A shadow trust is to start working in April, and should be fully fledged by April 2018, according to council chief executive Mark Rogers.

Mr Rogers said work to move to a trust structure would not affect the critical ongoing work of improving children's services.

"We're not going to fall into that trap,'' he said.

Councillor Brigid Jones, council cabinet member responsible for children's services, said: "When we began our three-year improvement journey we said that we would remain inadequate at this stage.

"However there are areas that have improved.''

She added: "I see this as a positive report in the context of where we expected to be.''

A Department for Education (DfE) spokesman said: ``Birmingham City Council has made improvements to the way it runs its children's services, but this progress has not yet gone far enough, fast enough.

``That's why we are working with the council on the development of a voluntary trust to make sure children and families in this area receive the best possible care and support.

``The council and the DfE have jointly appointed Andrew Christie as chair of this trust.''

How to sign Prince Philip's funeral book of condolence

Who is attending Prince Philip's funeral? 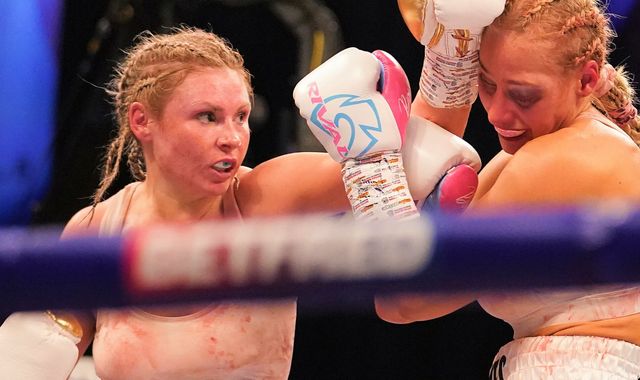