'Disturbance' Breaks Out At Long Lartin Prison In Worcestershire

A prison wing at a high security jail in Worcestershire is back under control after riot officers were drafted in to deal with a disturbance.

It's reported up to 80 prisoners are involved in the incident and used pool balls as weapons.

A Prison Service spokeswoman said: "Specially trained prison staff successfully resolved an incident at HMP Long Lartin on 12 October. There were no injuries to staff or prisoners.

"We do not tolerate violence in our prisons, and are clear that those responsible will be referred to the police and could spend longer behind bars."

The disorder at the Category A prison, which has a capacity of 622, was first reported on Wednesday evening.

A steady stream of Tornado team vans could be seen heading onto the prison car park, up until about midnight.

The officers, clad in dark overalls and carrying large holdalls full of equipment, could be seen unloading the vans and filing into the main entrance.

Several prison vans also arrived at the maximum security jail, which is surrounded by acres of countryside.

Beyond the 30ft curtain walls, shouts of inmates could be heard above the barking of prison guard dogs.

The incident was resolved in the early hours of Thursday morning. 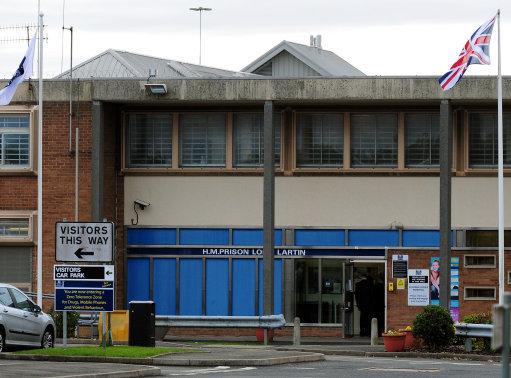 COVID-19: One of UK's longest-known coronavirus patients dies after choosing to withdraw from treatment