Funeral For Fallan Kurek - Who Died After Taking The Pill

Hundreds of people attended the funeral of Tamworth woman Fallan Kurek, 21, who died 25 days after taking the contraceptive pill.

Miss Kurek, who worked as a teaching assistant at Amington Heath Community School, in Tamworth, was prescribed Rigevidon by her GP - to regulate her periods.

After three weeks on the medication she complained of breathlessness and pain in her limbs, before collapsing at home. Brain scans revealed she had a blood clot on her lungs, which had starved her body of oxygen, causing her to become brain dead.

Miss Kurek’s life support machine was switched off on May 14 - after three days in intensive care at Birmingham's Good Hope hospital.

Her parents Brian and Julia claim the fatal blood clot was caused by the contraceptive pill.

Today, (May 29) as friends and family left the service at Lichfield Crematorium, they told Heart the loss hadn’t sunk in yet. 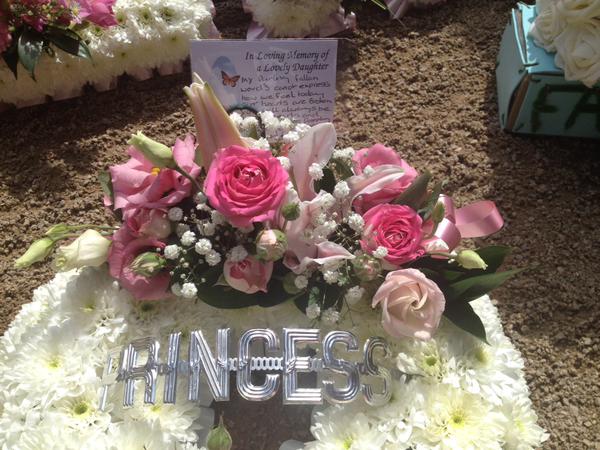 A bouquet of flowers to Fallan from her parents, Brian and Julia, read: "My darling Fallan, words cannot express how we feel today. Our hearts are broken. You'll always be in our hearts and minds and deeply missed. Love always, Mum and Dad."

An inquest into her death will be conducted by the South Staffordshire coroner in due course.