Birmingham City have announced Harry Redknapp will stay on as their manager.

Redknapp, 70, guided Birmingham to safety in the Sky Bet Championship after taking over from Gianfranco Zola on April 18.

The former West Ham, Tottenham and QPR boss led the Blues to two wins in their final three matches as the West Midlands club avoided relegation by two points.

Redknapp agreed terms with Birmingham on Thursday night and the club announced his appointment on their official website. 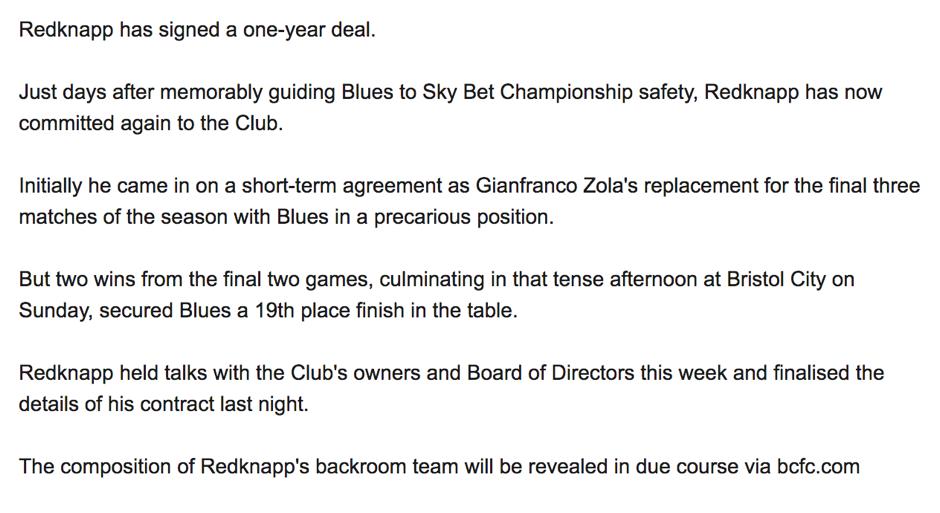 Redknapp will be working alongside director of football Jeff Vetere, whose appointment by owners Trillion Trophy Asia was confirmed on Wednesday. Steve Cotterill and Paul Groves are expected to remain as part of his backroom staff.

Zola ended his four-month spell as manager by resigning on April 17 following just two wins in his 24 games in charge, leaving Birmingham 20th in the table and three points above the relegation places.

Redknapp stepped in the following day and kept the club in the Championship when they won 1-0 at Bristol City in their final match. 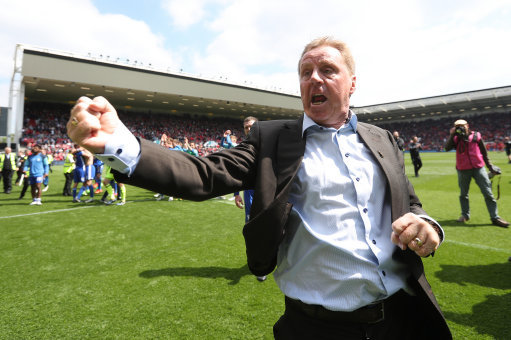 Birmingham are expected to have cash to spend in the summer, even after Zola spent around £10million on new signings in January.

The Italian had replaced Gary Rowett in December after the latter had guided the club to seventh place.