The latest on the disturbance at HMP Birmingham in Winson Green.

Sunday 5.36 The Justice Secretary has announced she is going to make a statement to the House Of Commons on Monday about the Birmingham prison riot.

Saturday 11:55 Some 240 prisoners are being moved out of HMP Birmingham after a riot at one of the country's biggest jails.

Hundreds of inmates were caught up in the disorder and four wings at the privately-run jail were damaged during the disturbances on Friday, which lasted for more than 12 hours.

Riot squads were deployed to the category B prison run by G4S after reports of prisoners setting fire to stairwells and destroying paper records.

A Ministry of Justice spokeswoman said: "Two hundred and forty prisoners are being transferred out of HMP Birmingham following a serious disturbance.

"The prison remains calm and ordered with additional staff on site to offer support. The Prison Service will continue to work closely with G4S to manage the prison safely over the coming days.

"A full assessment of the damage is under way. Initial reports indicate that two wings suffered superficial damage, with more serious damage to a further two wings.

"A limited regime is being offered to those who were not involved in the disturbance and staff continue to work closely with West Midlands Police.

"A thorough investigation into the disturbance is under way.''

21:30 Ministry of Justice says order has been restored at the jail.

18.30 Inmates caught in the middle of a prison riot have spoken of their fear they might be attacked by the other prisoners.

An inmate at HMP Birmingham, where disorder was first reported at 9am on Friday, said other prisoners had tried unsuccessfully to force their way on to his wing.

Speaking through his solicitor, the prisoner, who is on the jail's G wing, known as the protected wing for inmates accused or convicted of sex offences, said: "The others have been trying to get in here.

18.01 Bangs and flashes of light are coming from inside the jail after specialist 'tornado squad' teams were sent in to restore order

17.32 Smoke can now be seen rising from HMP Birmingham

16.47 West Midlands Police has moved to reassure residents that disorder which broke out in HMP Birmingham this morning is contained within the prison walls.

It’s understood a set of keys giving access to residential areas was taken from an officer and that offenders have since occupied some blocks and exercise facilities.

The Prison Service is leading the response to the disorder with specially-trained West Midlands Police officers playing a support role and offering visual reassurance around the perimeter.

Birmingham Police Commander Richard Moore, said: "At this stage there are no West Midlands Police officers inside the prison. This operation will be led by the Prison Service and its specialist teams which are well-drilled in tackling such situations.

"This is a dynamic situation and our officers may be called to respond in a support role as the situation unfolds."

"It must be hoped that order can be swiftly and peacefully restored,'' the Labour MP added.

"This is only the latest in a number of disturbances across the prison estate. The Justice Secretary is failing to get this crisis under control.''

16.14 A Ministry of Justice spokesman said: "The Prison Service is managing the ongoing incident at HMP Birmingham. The situation is contained, the perimeter is secure and there is no risk to public.

"We are absolutely clear that prisoners who behave in this way will be punished and could spend significantly longer behind bars.''

15.10  It is also understood that around 400 inmates are thought to be caught in the trouble across the four prison wings.

14.14 It is understood that all prison officers have been accounted for and that the wings currently sealed off are N and P.

The latest disturbance is the third in English prisons in less than two months.

On November 6 a riot at category B Bedford Prison saw up to 200 inmates go on the rampage - flooding the jail's gangways in chaotic scenes.

And just days earlier, on October 29, a national response unit had to be brought in to control prisoners during an incident at HMP Lewes in East Sussex.

There have been a string of warnings about safety behind bars after statistics revealed soaring levels of violence in jails in England and Wales, with assaults on staff up by 43% in the year to June.

Prison Officers Association members held protests outside jails around the country in November amid claims that jails are "in meltdown'' and over health and safety concerns.

Earlier in the month Justice Secretary Liz Truss unveiled her blueprint for prison reform, with measures including a recruitment drive to add 2,500 new officers to the front line and "no-fly zones'' to stop drones dropping drugs and other contraband into prisons.

13.56 National chairman of the Prison Officers Association, Mike Rolfe, said the "serious incident'' at the prison is "another stark warning to the Ministry of Justice that the service is in crisis''.

"Currently the whole facts surrounding the incident at HMP Birmingham are not known,'' he added.

"National resources have been deployed to deal with this incident involving approximately 300 prisoners within two prison wings.

"No staff injuries have been reported and staff are currently monitoring the situation and awaiting national support, through mutual aid.''

13.15 A spokesman for the West Midlands Ambulance Service confirmed they were called to the prison at 12.23pm.

He said they currently have a hazardous area response team in attendance, together with an ambulance and paramedic area support officer, but added that at this time no details are available about any casualties or injuries suffered.

13.00 Reports of a "badly injured'' prisoner and inmates burning and destroying their files.

Security firm G4S, which controls HMP Birmingham, confirmed the incident began at just after 9am and involves two wings of the prison.

The Victorian category B jail, which was built in 1849 and is close to the city centre in Winson Green, can hold 1,450 adult remand and sentenced male prisoners.

A G4S spokesman said: "We are responding to an ongoing incident at HMP Birmingham this morning which began just after 9am involving two wings of the prison.

"We are working with colleagues across the service to bring the incident to a safe conclusion.''

Prison affairs academic and blogger Alex Cavendish told the Press Association an "inside informant'' told him the trouble started with lights being broken and inmates controlling fire hoses.

"The officers were then, as they are instructed to do, trying to get as many prisoners locked in their cells as possible to contain it,'' he said.

"While one of the officers was putting a prisoner in the cell he was threatened with what appeared to be a used syringe."

Mr Cavendish said while this officer was distracted by the threat, "another inmate came up behind, snatched the keys from his belt and snapped the security chain''.

He told the Press Association that once prisoners have control of the keys, protocol tells the officers to ``withdraw to a place of safety'' and said they "abandoned the wing'' where the incident started.

The 53-year-old said inmates have since gained access to the offender management unit (OMU), where their paper records are stored and which are now being burnt.

"I am hearing there is a very badly injured casualty (prisoner), and the prisoners are throwing computers out of the OMU window - destroying records,'' Mr Cavendish added.

Describing the incident as "probably most serious riot in a B category prison since Strangeways went up'' in 1990, he said: "It is a very serious situation and I think the fact they have now accessed the key offices like the offender management unit - that is where all the offender records are.

"If they destroy all of those records it is going to take months or even years to rebuild the information.''

11.57 A G4S spokeswoman said: "We are responding to an ongoing incident at HMP Birmingham this morning which began just after 9am involving two wings of the prison.

"We are in close contact with the National Offender Management Service (NOMS) , and are working with colleagues across the service to bring the incident to a safe conclusion.''

11.41 A disturbance is under way at a privately-run prison in Birmingham

The trouble is reported to have been taking place across a number of wings at HMP Birmingham, with claims also made in local media that prisoners have smashed light fittings and threatened officers.

The Victorian category B prison run by G4S, which was built in 1849 and is close to the city's centre in Winson Green, can hold 1,450 adult remand and sentenced male prisoners. 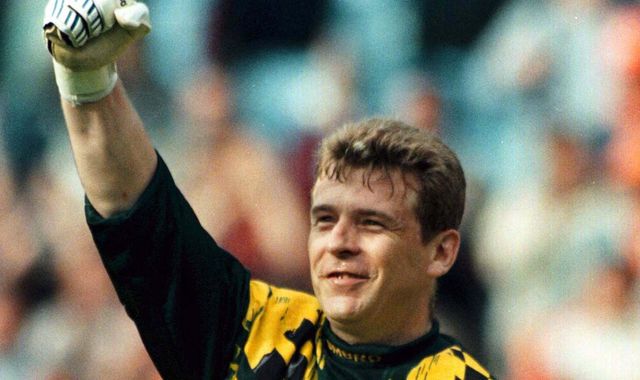