72-year-old Brian Topliss from Alum Rock was arrested on Monday and computers have been seized in a search of his home.

Now police are asking to speak to any children who have had contact with him to get in touch.

On Wednesday he was charged with making indecent images of children as police continued to scour his computer for evidence and carried out out house-to-house inquiries near where he lives.

Detective Chief Inspector Dawn Miskella, from the Public Protection Unit, said: "Our immediate priority at this moment in time is establishing whether or not any children have been in contact with Brian Topliss at any point over the last few decades.

"Our investigation is in the very early stages and we are keen to hear from anyone who may have information that could assist us.

"I understand these developments will cause alarm in the community and that's why we have police out in the area today speaking to residents.

"I want to reassure those in and around Maitland Road that we have specially trained officers on hand to support anyone who comes forward to speak to me and my team.''

One neighbour, who did not want to named, said he had often seen teenagers going in and out of the house where Mr Topliss lives.

He said: "I would see him in front of his house washing his car. He's a funny guy, you would say hello to him and he didn't used to answer. He is a private sort of person.

"A lot of kids go in and out of his house, Asian kids, a lot of teenagers."

Topliss appeared in court and has been remanded in custody until June 22nd.

Coronavirus: Woman fined £660 for refusing to tell police why she was out 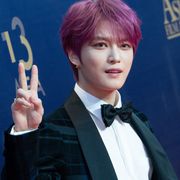