A cocaine user has been convicted of murdering his grandmother in a brutal knife attack in Walsall after building up a £35,000 gambling debt.

Gregory Irvin cut the throat of Anne James and stabbed her 30 times in the chest and back after assaulting the pensioner from behind at her home.

He denied murdering the 74-year-old on February 28, a week after her husband was admitted to hospital with pneumonia.

Birmingham Crown Court had heard how Mrs James trusted Irvin implicitly and always welcomed him into her home of almost 40 years in Doveridge Place, Highgate.

She had been making soup and unpacking after a shopping trip before Irvin launched his brutal attack.

He removed a security camera and his grandmother's mobile phone from the house.

Irvin told a police officer the following day he had not seen her on the day she died.

Blood matching that of Mrs James was found on the 26-year-old's jacket and on the accelerator of his Mini after she was found dead on her pantry floor.

Giving evidence during his trial, Irvin told the jury he had been hearing "devilish" voices and had difficulty sleeping.

Adjourning sentence, Mrs Justice Jefford told Irvin: "You have been found guilty by this jury of murder and you will be taken down."

Jason Corden-Bowen of the Crown Prosecution Service said: "Greg Irvin abused his grandmother's trust and murdered her in her home.

"She allowed him access to her locked property and he responded by killing her in an apparently motiveless and brutal attack.

"He callously abandoned her and later denied being in her house."

He added: "The defendant claimed he had no memory of the incident but the CPS presented evidence to the jury, including CCTV footage and forensic evidence, which proved he was responsible.

"Our thoughts are today with the family and friends of Ms James."

Detective Inspector Harry Harrison, from West Midlands Police's homicide team, said: "This was a despicable crime by a compulsive liar who shunned and manipulated the love and support offered by his family.

"By killing his grandmother he has destroyed their lives and has rightly been convicted of murder.

"This was someone Mrs James would have trusted as her grandson and who had always been welcomed into her home."

He added: "My thoughts remain with the family and I truly hope they can move on and rebuild their lives."

Irvin, of Bilboe Road, Bilston, West Midlands, will be sentenced on October 29. 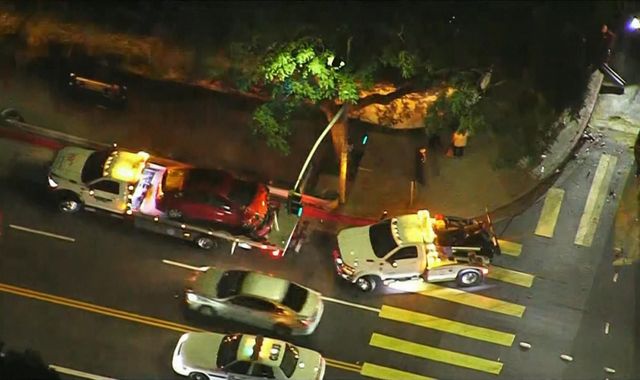