Nine Men Jailed For Selling Boy For Sex In Birmingham

Nine men have been jailed after a teenager in local authority care was subjected to a "horrifying'' catalogue of sexual abuse, some of which was streamed live on the internet.

Alan Priest, 63, was jailed for life and eight other men received sentences ranging from 11 to three years for offences against the boy, who was "sold like goods'' in Birmingham's red light area during 2009 and 2010.

A three-month trial at Warwick Crown Court also heard that the teenager was stripped, beaten with a stick, and raped by two of the defendants.

Passing sentence on the boy's abusers, Judge Sylvia de Bertadano told the defendants: "Each of you in your own way exploited this vulnerable boy.

"Therefore you are each partly responsible for his situation as a young man who is struggling to get his life back together and finds himself unable to escape from the legacy you have left him.'' 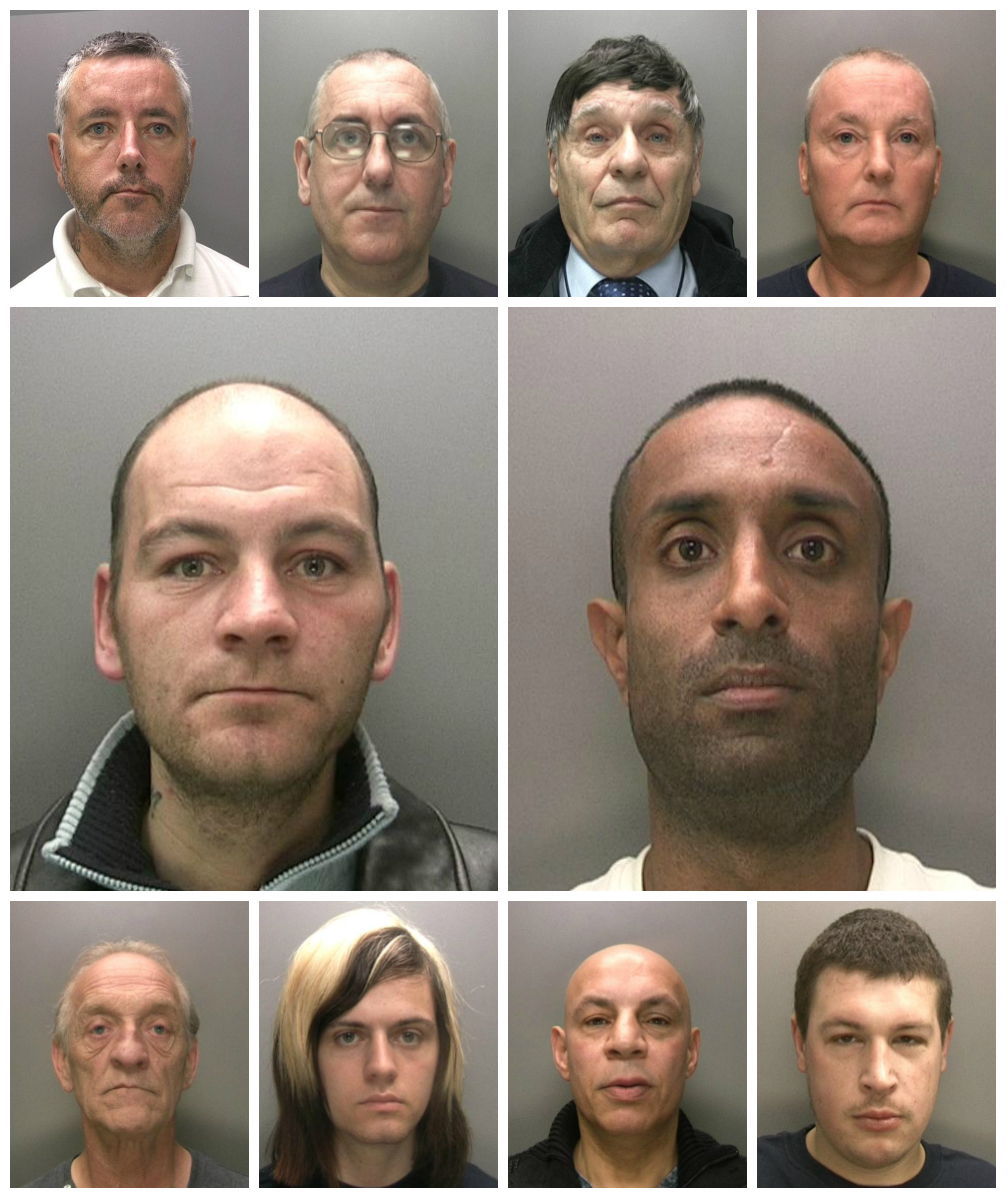 The victim, who complained to West Midlands Police in 2009 and 2010, had been let down by the authorities, the judge said.

The judge told the defendants: "The victim complained to the police very early on, before he met many of you who sit in the dock now but his complaints were not followed up.

"When he complained he found he was sent to a secure care home which he hated.''

The victim, who had felt understandably aggrieved and confused at his initial treatment by the authorities, had shown "incredible courage'' in giving evidence after making a further complaint to the police in 2012, Judge de Bertadano said.

Opening the case against the defendants in February, prosecutor Rosina Cottage QC said the complainant, now aged in his early 20s, had absconded from a care home and was first spoken to by police in 2009.

Ms Cottage said of the victim: "Regrettably his contemporaneous complaints were not fully investigated by West Midlands Police in 2009 and 2010.''

But during a subsequent inquiry in 2012, the teenager, who cannot be identified, was able to point police towards those involved in his exploitation.

The youngster - who was raped by Priest and the convicted sex offender's former partner, 25-year-old Ashley Sherrington - was described in court as having a troubled family background.

Priest, of Mucklow Hill, Halesowen, West Midlands, was jailed for life with a minimum term of seven years after being convicted of two rapes and one count of sexual activity with a child.

Sherrington, 25, of Dawlish Drive, Stoke-on-Trent, was imprisoned for nine years for two counts of rape.

Robert Bailey, 27, of Watt Road, Erdington, Birmingham, was handed a seven-year sentence after being found guilty of arranging or facilitating child prostitution, engaging in sexual activity in the presence of a child, sexual activity with a child, and making indecent photographs.

The judge passed an 11-year custodial sentence on Michael Godbold, 57, of Uxbridge Rd, Shepherd's Bush, London, after he was convicted of sexual activity with a child, engaging in sexual activity in the presence of a child, arranging or facilitating child prostitution, and possession of controlled drugs.

Tahir Hussain, 34, of St Josephs Road, Ward End, Birmingham, was said by the judge to have ``relentlessly groomed'' and abused the victim after giving him drugs and using expensive cars to impress him.

Hussain was jailed for seven years after being found guilty of two counts of sexual activity with a child.

Peter Joynes, 59, of Canberra Way, Highgate, Birmingham, was given a four-year term for arranging or facilitating child prostitution and sexual activity with a child.

Stephen Kelly, 40, of Elm Road, Bournville, Birmingham, was jailed for eight years after being found guilty of two counts of arranging or facilitating child prostitution and one of engaging in sexual activity in the presence of a child.

Ian Prestleton, 54, of High Haden Road, Cradley Heath, West Midlands, received a three-year sentence after being convicted of sexual activity with a child.

Kevin Tudor, 55, of no fixed address, pleaded guilty before the trial to two counts of sexual activity with a child and facilitating prostitution.

He was jailed for nine years and handed an extended eight-year licence period, which will start after his initial sentence has been served.

The inquiry into the teenager's ordeal also led to the identification of a second victim of a similar age, who was indecently assaulted by former Special Constable Ronald Potter about 15 years ago.

Potter, 79 and from Tippers Hill Lane, Fillongley, near Coventry, was jailed for three years for abusing the under-age boy.

Jailing Potter, Judge de Bertadano accepted that the pensioner was previously of exemplary character, having lived as a family man while forging a successful business.

The judge told Potter: "I don't doubt that these proceedings have caused you very considerable stress.

"You were effectively leading a double life which few of your friends or family knew about or even suspected.''
ends