Parents and staff of a school at the centre of a sex education storm have been urged to come together amid fears that protests are fuelling hate and division.

The school had always planned on returning to its 'No Outsiders programme' next term after a planned break from the inclusiveness and diversity lessons.

It's been reported that more than 300 parents have signed a petition against the No Outsiders programme, after some took the decision last week to withdraw their children from school in protest.

Staff & parents are being urged to come together, with fears protests could be fuelling hate & division #HeartNews pic.twitter.com/so6aWkikpo

Politicians and even local celebrities have been speaking up on the topic. 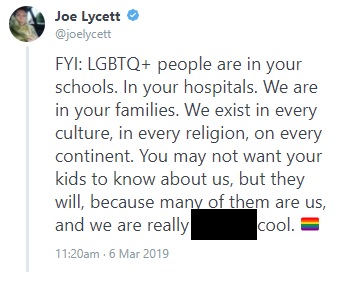 Very shocked and saddened by video of an inflammatory speech and chants outside a Birmingham school whose only “crime” has been to teach respect for others, irrespective of their sexuality, race, religion, gender identity, age or disability. Birmingham is better than this.

We spoke to Faith Matters, who told us they're in support of the school.

#LISTEN Fiyaz Mughal from @FaithMattersUK told us he thinks the parents protesting at Parkfields Community in #Birmingham are "hypocrites" #HeartNews pic.twitter.com/ts8kHmf3t0

Birmingham city councillor John Cotton said: "We remain concerned at the continued protests by parents of Parkfield School and urge both the school and parents to come together in the spirit of co-operation in the best interests of the children.

"Parkfield School is an academy, but in spite of the restrictions this places upon the council's scope to act, officers have been closely involved in supporting Parkfield and its staff.

"We are working with the Regional Schools Commissioner - which is responsible for academies - to address this issue.

"Whilst we recognise that parents have concerns, continuing protests only serve to attract extreme fringe movements taking an opportunity to further messages of division and hate.

"In recent days, we have been appalled to see attempts to divide the people of our city by using insulting and incendiary language targeting the LGBT community.

"This has no place in our city. Birmingham is a place of tolerance and mutual respect, where people of all faiths and none, all sexualities, all ethnicities, come together in pursuit of a common aim."