Police are searching three addresses in the Midlands after a suspected terror attack outside the Houses of Parliament.

A 29-year-old man - who is a UK national and believed to be from Birmingham - was arrested on suspicion of preparing an act of terror after the silver Ford Fiesta he was driving collided with cyclists and pedestrians before crashing into a security barrier just before 7.40am on Tuesday.

Detectives believe the privately-owned car was driven from Birmingham late on Monday night, arriving in London just after midnight.

Scotland Yard said the vehicle was driven around the Westminster area from around 6am - more than an hour-and-a-half before the crash - having been in the Tottenham Court Road area between 1.25am to 5.55am.

Counter-terrorism officers are carrying out searches at two addresses in Birmingham and a residential property in Nottingham as part of the probe.

Metropolitan Police counter-terrorism head Neil Basu said the suspect, who is being held in custody at a south London police station, is not co-operating.

"Given that this appears to be a deliberate act, the method and this being an iconic site, we are treating it as a terrorist incident and the investigation is being led by officers from the counter-terrorism command," he told reporters.

"We have not formally identified him yet. On the details we have at the moment, we don't believe this individual was known to MI5 or counter-terror police."

The silver car can be seen driving along the road next to Parliament Square before moving to turn right towards Westminster Abbey in footage of the incident aired on BBC News.

As an ambulance passes the car on its right-hand side, the vehicle swerves left, crossing oncoming traffic and colliding with cyclists before entering a small road and crashing into a security barrier.

A police officer can be seen jumping another barrier that runs along the side of the road to get away.

Images posted to social media showed a man wearing a black puffer jacket being led away in handcuffs from the car as armed police officers swarmed the scene.

There was nobody else in the vehicle and no weapons were found, police said.

Mr Basu added no other suspects have been identified and there is "no intelligence at this time of further danger" to Londoners.

Two people were taken to hospital, while a third person with minor injuries was assessed at the scene, the London Ambulance Service (LAS) said.

One was discharged from St Thomas' Hospital before midday, while a woman was being treated for serious but not life-threatening injuries at St Mary's Hospital.

After a meeting of the Government's emergency Cobra committee, Theresa May urged the country to come together and carry on as normal.

In a statement released by Downing Street, the Prime Minister praised the "formidable courage" and professionalism of the emergency services who "ran towards" danger.

She said: "The threat to the United Kingdom from terrorism remains severe.

"I would urge the public to remain vigilant but also to come together and carry on as normal, just as they did after the sickening attacks in Manchester and London last year.

"The twisted aim of the extremists is to use violence and terror to divide us. They will never succeed."

Reacting to the suspected attack, US President Donald Trump said on Twitter: "These animals are crazy and must be dealt with through toughness and strength!" 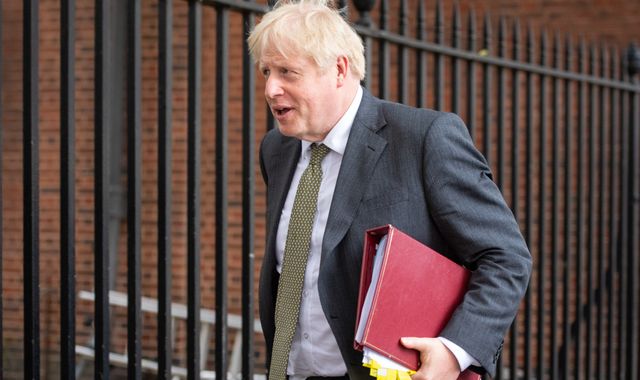 Who will be the new TV face of Boris Johnson's government? 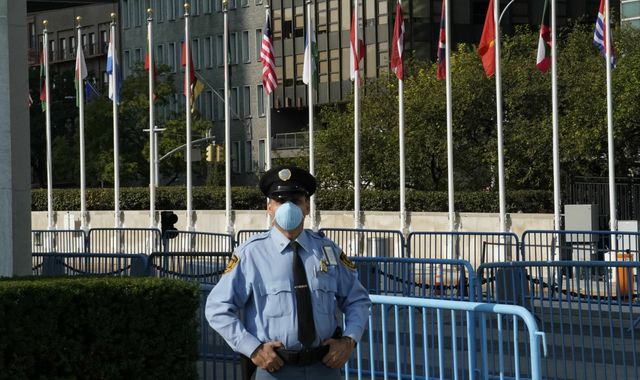 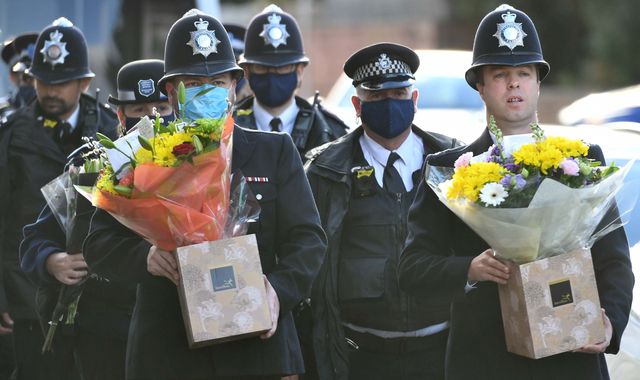