Scope Of Birmingham Pub Bombing Inquest Could Be Widened

​The scope of inquests into the deaths of 21 people in the Birmingham pub bombings could be widened after permission was granted for a judicial review.

KRW Law, which is representing the families of 10 victims, called it an "important achievement in the ongoing quest for truth, justice and accountability for our clients".

The inquests will explore the circumstances of the deaths of 21 people killed in the IRA bombings of two pubs in 1974.

On the night of November 21, the IRA planted two bombs which ripped through the Tavern in the Town and nearby Mulberry Bush pubs, injuring 182 people.

A botched police investigation into the attacks led to the wrongful convictions of the Birmingham Six - one of the most infamous miscarriages of justice in British legal history.

A coroner had ruled out naming alleged suspects in evidence - but campaign group Justice4the21 is fighting to see this overturned and previously said it will "no longer participate" after the issue of perpetrators was ruled out.

KRW Law said it had applied for a judicial review on the scope of the inquests which has been granted for November 27.

Anurag Deb, from the firm, said: "Being granted permission to challenge the Ruling on Scope of the Coroner will enable us to pursue the perpetrator issue before the judges in the Divisional Court, which will engage important points of law relating to the investigations of historic human rights violations - which are all too real to those who are relatives."


Julie Hambleton, of Justice4the21 - whose older sister, Maxine, was killed in the bombings, said the application's progress was "great news".

But she added that the appeal now needed another £50,000 from the public to help put together the next phase of the legal bid.

Ms Hambleton said: "We are cautiously optimistic now this decision has come, and hope our great legal system will help us push through this legal mire, so that truth and justice prevail."

She added: "The law must always be on the side of the victim.

"Unfortunately, where our loved ones are concerned, there has been so much myth and rumour - and the miscarriage of justice with the Birmingham Six.

"We now need the legal system to come to our aid."

Ms Hambleton added that it remained "unacceptable" to the victims' families, that they - and public donors - had had to pay for their current legal bid.

She said: "We shouldn't have to pay to exercise our basic rights, on behalf of our dead loved ones." 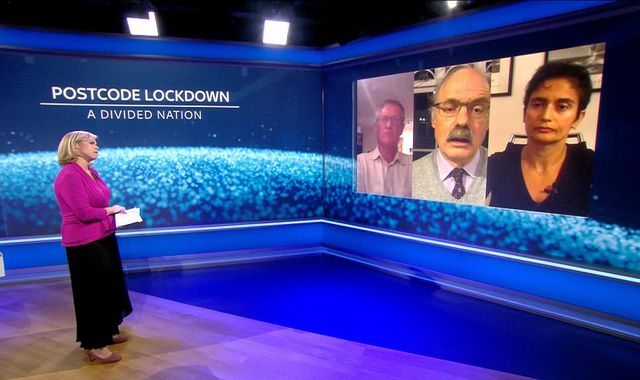 Six of the best expert views from Sky's Postcode Lockdown: A Divided Nation