Three men from Coventry have been jailed for 18 years between them after holding a 14-year-old girl in a house and forcing her into prostitution.

Jake Cairns, 21, falsely described his victim as an adult and then took part of her earnings as she was given cannabis and alcohol during her ordeal at a house in Coventry.

A judge at Birmingham Crown Court also jailed two other men, Brandon Sharples, 20, and 21-year-old Jack McInally, for five years after they were convicted of facilitating the sexual exploitation of a child. 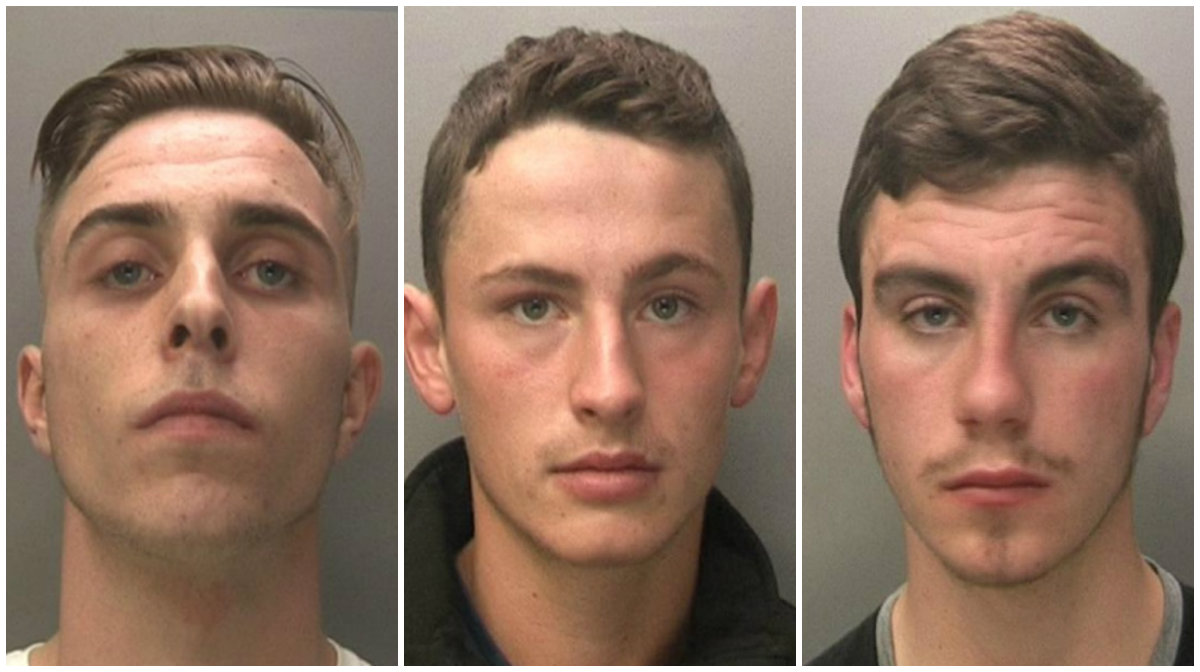 The court was told the victim was "protected" by the three friends as she was visited by up to 30 men over a period of up to four days in 2015.

Sharples, from Wyley Road; Cairns, from Cheveral Avenue, both in Coventry, and McInally, of no fixed address, were found guilty after a trial at Warwick Crown Court in November.

The images, which did not show the girl's face, were placed on a website as a "classified" ad after she disappeared from a relative's home.

Sharples and McInally were arrested at the house where the girl was found, while Cairns was located later and linked to the advert by his email address and payment details.

Passing sentence, Judge Murray Creed said instructions given to the girl, to bang on the floor if she was being attacked, showed all three defendants had played an active role in the offending.

The judge told Cairns: "The victim was kept at the property and escorted on trips away from the house.

"She was assaulted by you Mr Cairns on one occasion. I am satisfied that this was undertaken for significant financial gain, it was organised, and it only stopped because she was traced so quickly.

"She was there because you three had acted together to sexually exploit her."

The victim was under the influence of drink and drugs when she was exploited, the judge said, adding that Sharples and McInally had been present to ensure she stayed at the house.

Judge Creed was told the girl had informed Cairns that she was 16, after being put in touch with him by a drug dealer.

In a victim impact statement read to the court by prosecutor Andrew Smith QC, the girl said the offences had "extinguished her trust on others" and impacted every area of her life.

Commenting on the case, Alex Warren, senior crown prosecutor with the West Midlands Crown Prosecution Service's complex casework unit, said: "This case involved the most horrendous exploitation of a vulnerable young girl by the defendants. She was treated as little more than a commodity to be utilised for their financial gain.

"I would like to pay tribute to the victim's courage and her support in helping to bring these three men to justice."

All three defendants were ordered to sign the sex offenders' register and made the subject of 10-year sexual harm prevention orders.