Best Guests On Heart Breakfast In 2015 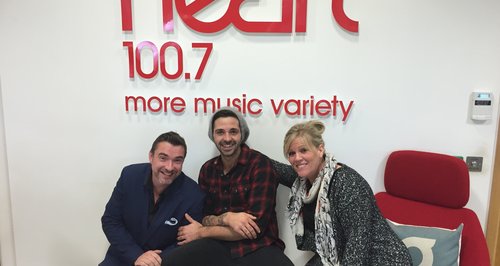 All the way through the year Ed & Rachel have had celebrity guests on Heart Breakfast.

We've had an incredible year on Heart Breakfast and we were joined by some incredible guests,

We do love the Little Mix girls, and Ed confessed to being an LMD... 'Little Mix Dad'

Nathan Sykes popped in to for a cup of tea when he released his single, over and over again.

Have a look at him singing for us.

Who wants to see Nathan Sykes sing some bad news and make it sound like good news?! We had him on the show this morning and don't worry, there aren't 2 hour delays on the M6 really!

Check out the video here

He's our favourite EVER XFactor winner, it's Ben Haenow!We had so much fun chatting to him this morning but we're still dying to find out what happened when he was a rep in Greece!