5 Ways To Eliviate From Boredom When Stuck On The M4 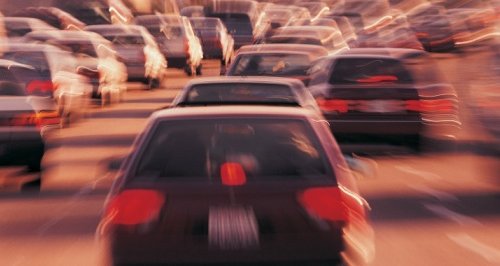 Thousands were affected with queuing traffic on the M4, and of course they had something to say on Twitter!

Being stuck in traffic is the worst! Plenty of people in Wiltshire were affected just this morning with static traffic on the M4!

But, what can you do to make it better?

You never have a bad time when you have snacks on you.

@HeartWilts Vicky and Dave again.. We may be stuck in traffic.. But we have each other and supplies. Lol pic.twitter.com/PPy18QX02o

Set the bar low and you'll achieve your dreams!

3. Stare at the countryside

You've stared at the road for about an hour. Time to stare at some trees for the next hour.

@HeartWilts Vicky & Dave here.. Berkshire bound, it's our last day of work before honeymoon, stuck looking at this pic.twitter.com/5jB6dfhqdW

There's only so many times you can use the words 'Car' and 'Road' though..

5. Get out your car and grab a snap of your car!

Traffic must bad when you can get out of your car safely!

What did you do when you were stuff in traffic? Tweet us @HeartWilts!