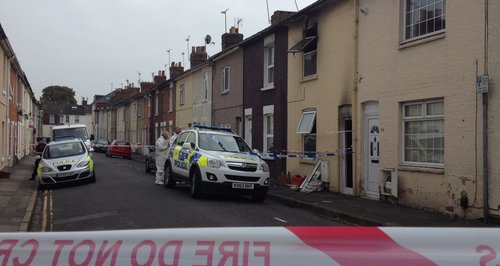 Wiltshire Police have charged a 29-year-old woman with the murder of a man who died in hospital, following a house fire in Swindon.

Patricia Louise Hindle from Crombey Street is due to face the town's magistrates on Saturday, 13th September, in connection with the death of 62-year-old Michael Redpath.

She was arrested on Wednesday night, after officers say they were called at 9.16pm to reports of a fire in a residential building in Albion Street.

The force says Mr. Redpath was rescued from inside one of the houses and taken by ambulance to the Great Western Hospital, but died later as a result of his injuries.

Neighbours were evacuated from their homes for their safety, before the fire was put out and people were allowed to return at 9.45pm.

The street was sealed off for investigation work.

Tests on Thursday following Mr. Redpath's death show that he died from burns and breathing in smoke.