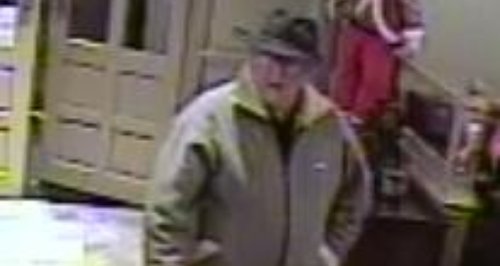 Police have released a CCTV picture of a man they want to speak to about an assault at a Swindon pub.

It happened in the Windmill pub, Freshbrook, at around 7pm on Saturday 27th December 2014 when a 77 year old man was punched in the face several times causing minor injuries.

Officers are keen to hear from anyone who may have seen the incident or can identify the man involved. He is described as white, in his 60's, wearing a black leather cowboy hat, light brown jacket and dark trousers.

Anyone with information is asked to contact PC Allan Fodder via 101 or Crimestoppers on 0800 555 111 where information may be left anonymously.