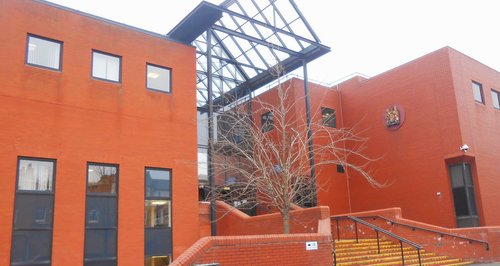 A driving test examiner and church treasurer from Swindon has been found guilty of murdering his wife by deliberately steering their 4x4 off a motorway at up to 84mph.

Ian Walters claimed to remember nothing of the 130-mile journey leading up to the crash on the M1 last year, which saw his Mitsubishi L200 ``implode'' on an embankment in Leicestershire.

But text messages sent by his wife Tracy proved that the 51-year-old was ``driving and volatile'' as the couple returned home from a make-or-break week away at a cottage in North Yorkshire.

A six-week trial at Leicester Crown Court also heard that Walters was questioned over claims of domestic abuse a week before the murder.

Jurors deliberated for four and a half hours before returning a unanimous verdict. He has been jailed for life by Judge Nicholas Dean QC, who ordered him to serve at least 17 years before becoming eligible to apply for parole.

Walters, of Tregantle Walk, Swindon, was charged with murder after CCTV footage showed his vehicle moving from the M1's middle lane to the hard shoulder moments before it crashed.