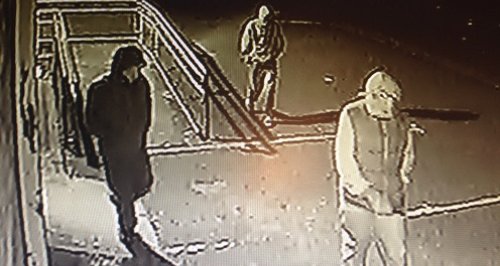 Police have released a CCTV image following an attempted burglary in Swindon.

It happened between 1.30-2am on Sunday 22nd March when three men used a broom to smash two windows at the Moredon Community Centre in The Street. They ran away from the scene when the alarms were activated.

The first man is described as wearing a mask or scarf over his face, a hooded top with the hood up, a body warmer and trainers.

The second man was also wearing a mask or scarf over his face and a hooded jacket with the hood up.

The third man was wearing a loose fitting hooded jacket with the hood up and baggy trousers.

Anyone with information should call PC Bruce Boulton on 101, or Crimestoppers on 0800 555 111 where information can be left anonymously if preferred.