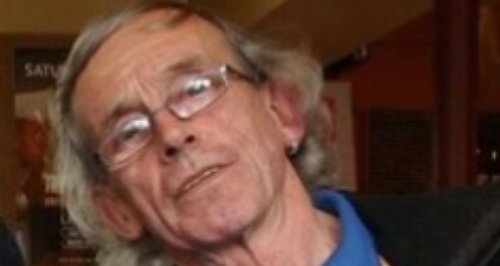 27 year old Jason Voong, from Swindon, is also charged with the attempted murder of Leanne James.

Voong will continue to be remanded in custody and will appear at Bristol Crown Court on 19th September 2014.

Mr Rogers family have been paying tribute to him.

Roy {pictured below with Tom}, Dawn & Karen Rogers have released the following tribute:

''Our brother, Tom Rogers, was a kind, unassuming, gentle man with a happy heart. He was a very quiet person, a hard worker and a man of simple tastes and means. Even though we live overseas, we have all enjoyed regular contact with Tom. We are fortunate that just a couple of weeks ago we were able to spend some wonderful time with him. Words cannot describe the sadness and devastation we all feel at this time. We sincerely appreciate all of the thoughts, prayers and support we have received.

We would like to thank the Police and Community Services for their compassion and professionalism. We would also like to thank the media for their respectful and sensitive coverage of the incident. 'We appeal to anybody who may be able to help the police with their investigations.

We will all miss hearing Tom say, “Please give my love to all”. We love you Brother.'' 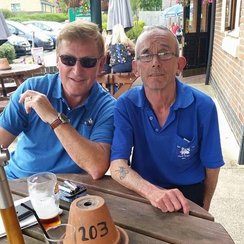 Police have also released a statement on behalf of his son, David Rogers:

''Dad was sociable and well liked. He worked hard at the pub and I would often meet him there. It hasn't sunk in that my Dad is gone and that I won't be able to spend time with him anymore. I really feel his loss and will always miss my Dad.