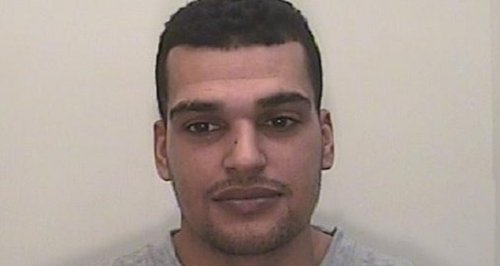 A Swindon man's been jailed for 13 years for stabbing a man after an argument.

Jeris Ryan, 31, of Victoria Road, was found guilty of wounding with intent and possession of an offensive weapon.

A 23-year-old man from Swindon was leaving his home in the town centre in November 2014 to go shopping with his girlfriend, when he saw Ryan urinating near to where his car was parked.

The victim challenged Ryan about his actions, which led to an argument between the two.

Ryan then left the scene, but returned moments later in his car. He pulled out a knife and stabbed the victim four times to his back and shoulder causing serious injuries.

A thorough police investigation followed and Ryan was identified, arrested and then charged.

Detective Constable Justin Downes of Swindon CID said: ''Jeris Ryan is a prolific violent offender with a long history of convictions. He has shown no remorse for his actions.

''On that particular day in November, the victim was going about his own business with his girlfriend when he was brutally stabbed several times in an extremely violent attack. As a result of Ryan's actions, the victim suffered serious injuries.

''Although the incident itself lasted less than a minute, the victim will carry the physical and emotional scars with him for the rest of his life.

''I am extremely pleased with the sentence given out today, I believe it reflects the seriousness of this crime and sends a clear message out to members of the public that Wiltshire Police do not tolerate violent behaviour like this.''