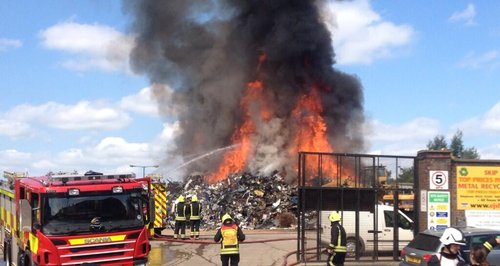 30 firefighters are in Trowbridge where black smoke can be seen for miles around.

Six engines were called out to a large fire at a metal scrapyard on Shails Lane at 9.38 this morning. 750 tonnes of scrap metal are well alight.

Police have closed Wicker Hill, Hill Street and Seymour Road and are asking drivers to use alternative routes.

Wiltshire Fire & Rescue say the fire is not being affected by the strike because crews were called out before 10 oclock, when the walkout got underway.