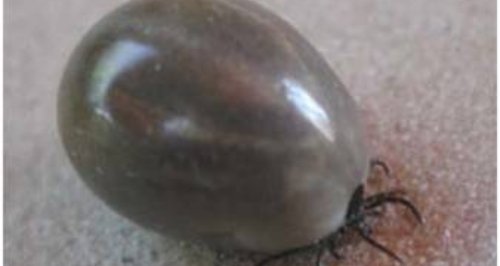 Bridey Watson, from Chippenham, was misdiagnosed with Chronic Fatigue Syndrome after she became ill in 2012.

She noticed a "strange rash" on her arm in the Autumn but says she thought nothing of it but by the Winter she was feeling sick all the time and had swelling in her lymph nodes. Doctors diagnosed Bridey with Chronic Fatigue Syndrome (or ME) and told her to rest but her condition continued to worsen.

By the following Autumn, she was struggling to sit up and was in a wheelchair because she felt paralysed down one side. Bridey says she used all her energy to research her symptoms online and eventually found a tweet from The ME Association saying Lyme disease was often misdiagnosed as ME or Chronic Fatigue Syndrome. Alongside the tweet was a picture just like the rash on Bridey's arm.

When she went to the doctors, tests came back negative so her family took her to a clinic in Germany where her tests came back positive. Doctors began treating Bridey for Lyme disease. She says "within about two months, I was able to start walking again, returning to my old self and it was just amazing the transformation - from not being able to do anything to that."

Bridey's symptoms started to worsen again in 2014 and doctors found that she had other infections from the same tick bite, which had complicated her condition. She then moved her treatment to the US because there was no option in the UK. Bridey says "I've been making really good progress. There's at least two years of treatment ahead and then hopefully I should go into remission. There's no complete all-clear because you can't prove all the bacteria has gone."

The family predict Bridey's treatment will cost in the region of £36,000 and have been doing lots of fundraising events. Her brother Jack is currently running 200 miles from North Wales to Bristol in the hope of raising £5,000 towards that. He is expected to get to Bristol on Sunday and will be joined by another of Bridey's brothers and some friends for the final leg.

To find out more about Jack's challenge click HERE

Bridey says she wants greater awareness of Lyme disease and that doctors in the UK need to have greater knowledge so that it is not misdiagnosed in future.

There are some simple ways you can protect yourself against ticks:

Most importantly, if you find a tick on your body make sure you remove it properly. For more advice click HERE