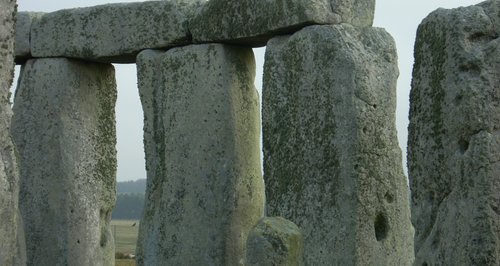 They have revealed traces of 17 wooden or stone structures and dozens of burial mounds around the stones.

Most of the monuments have merged into the ground so you can't see them with the naked eye.

The results come from a four year study, which is the biggest geophysical survey ever done.

Experts looked at an area of 12 square kilometres, going three metres into the ground.

We don't know if Barack Obama was given a sneak preview of the news when he made a surprise visit to the stones last week after leaving the NATO summit.