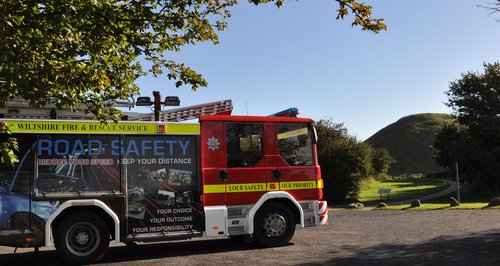 Wiltshire Fire & Rescue Service say they have contingency plans in place to deal with another day of industrial action by members of the Fire Brigades Union.

They are walking out between 7am on Wednesday 25 February until 7am on Thursday 26 February, in an on-going row over pension changes.

It is anticipated that personnel at the wholetime fire stations at Swindon, Stratton, Westlea, Trowbridge, Chippenham and Salisbury will be unavailable for fire calls over the 24-hour period, together with personnel at the on-call stations in Calne, Warminster, Melksham and Pewsey.

The remaining on-call stations should be providing fire cover as usual and the Service has again used this availability to establish a range of plans to maintain an emergency response across the county. This includes crews mobilising from alternative locations if required.

Chief Fire Officer Simon Routh-Jones said: ''This is a national dispute between the FBU and the Government, which has seen union members going out on strike over 50 times in the last 16 months. It is therefore a bitter blow that we are having to resource yet another walkout. However, we have well-practised contingency plans in place, and our non-striking personnel will ensure that we maintain an emergency response.''

''During the industrial action, we will still respond to 999 calls, but it may take us a little longer than usual to arrive and, with larger premises, we may send a smaller attendance than usual in the first instance. As ever, we urge everyone to take extra care and be mindful of our reduced resources.''