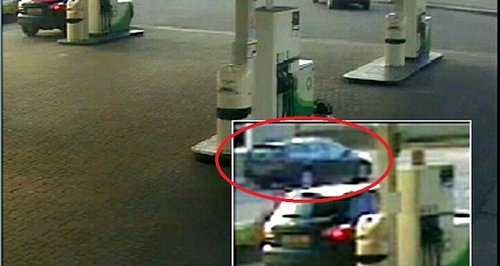 Wiltshire Police have released CCTV images of a car they are looking for after a fatal collision near Warminster.

Police are trying to find the the driver of a blue Honda Accord estate which was travelling in the same direction as the moped  when the collision happened at about 4.15pm.

The rider of the 125cc bike collided with a Transit travelling in the opposite direction. The driver of the blue Honda failed to stop.

A Wiltshire Police spokesman said: "We need to speak to the driver of this blue Honda. He or she may well live in Dorset or have been on their way to visit Dorset.

"If anyone knows of the driver of a car fitting this description living in the Hampshire/Dorset/Solent area or you are the driver please come forward to help us with our investigation."

The CCTV images have been taken by cameras at the BP Garage on the A350 at Longbridge Deverill, close to the scene of the collision.