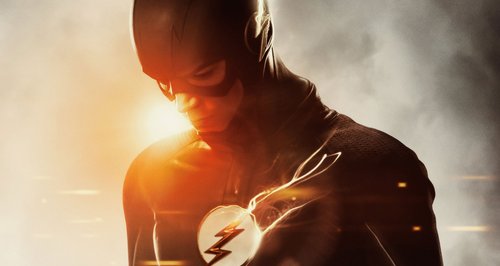 The Flash returns to Sky 1 with more thrillingly fast-paced action.

Following a pulse-pounding debut season and an intense finale that saw The Flash launch himself into a wormhole in an attempt to save Central City, the new season picks up months after the Singularity struck the city.

Still unable to forgive himself for Eddie's heroic death, Barry worries about putting more of his friends in danger and vows to protect the city alone. However, when metahuman Atom Smasher attacks, Iris must convince him that he can't defend the population on his own.

Discover more about The Flash on Sky 1 here.