One Heart listener won a life-changing £1,000,000 - see the emotional moment he found out that he had won, and find out why he says it won't change him.

Tommy Norton has told Heart that he won't be quitting his key worker job as an electricity engineer, despite winning £1,000,000 last week.

On Monday morning he spoke to Jamie Theakston and Amanda Holden live on Heart Breakfast to reflect on his massive win last Thursday.

Tommy, 23, said that both he and his NHS-worker girlfriend Georgina had worked long and hard to get where they are in their careers, and had no plans to stop working and live off his new fortune.

On Thursday, listeners were on the edge of their seats as Tommy made a late entry to the million pound draw - and then scooped the jackpot after he was left with the final box to pick - and found out it contained £1,000,000!

He was the a late entrant to the competition, winning the tenth and final place in the Make Me A Millionaire Grand Final when he heard Adele play between 8am and 10am.

Over the last few months, we've given you the chance to win huge cash prizes or swap them for a place in the final draw of Heart's Make Me A Millionaire.

Hundreds of people chose to take the money there and then, but TWENTY-NINE Heart listeners decided to turn the cash down. This morning they were whittled down to nine… and one more was selected to join them live on Heart Breakfast!

The day is finally here and as you can see @noholdenback is very excited to give away £1,000,000 on Heart Breakfast this morning for Heart's Make Me A Millionaire!! 👏 #HeartMillionaire

At 7:30am, we had all twenty-nine listeners who chose to go into the MILLION POUND DRAW on a video call live from their homes, and using a giant lottery ball machine, we selected nine to go through to the Grand Final and be in with a chance to win the cash.

Read more: How to Watch Live on Global Player - get a front row seat to all the Millionaire action with our new app function

Who won Heart's Make Me A Millionaire?

Tommy was the tenth person to enter the Millionaire draw after he texted in after hearing Adele play.

He and his partner are both key workers, and his girlfriend Georgina works on the NHS frontline.

He told Jamie and Amanda he'd be paying off his and his parents' mortgages with his winnings.

Clare turned down £6,000 for a place in the draw. She had taken the day off of work to visit one of her daughters who was bit poorly in hospital. If she won the million pounds, she'd like to share it with her three kids, Becky Bethany and Katie - plus she would buy her home, a new car and treat the family to a Barbados holiday.

Michelle turned down £2,000 for a place in the draw during the second week of Heart's Make Me A Millionaire!

Michelle has five children, and looks after them full time, so the first thing she'd be spending a million pounds on is a 7-seater minibus to carry them around in.

Her other half, Barry and their 13-year-old daughter helped her make her decision and win her place in the draw at the start of May.

Laura wasn't tempted at all by the £3,000, and had already decided that if she was picked to play, she'd go into the draw for a million pounds!

She's been planning out what it would be spent on and at the top of the list, Laura wants to set up her own veterinary clinic with her husband, as they are both vets.

They love animals and how rewarding it is to rescue and treat them. With the rest of the money, they'd spend it on a new house and Laura said she'd treat her two daughters to a luxury holiday!

Jo was inspired to play the game because she heard someone earlier in the day take £9,000 to pay towards IVF.

But she made the decision to turn down that huge £9,000 - the biggest sum swapped for a chance to win £1M!

Explaining her decision, she told Matt Wilkinson that she wants to help her son George financially and invest in his future.

She also has loads of friends and relatives she wants to help out, and would love to see the look on their faces when she gives them some money!

Ruth’s holiday in Vietnam was cancelled, so she was travelling to Cumbria with her husband Kelvin for a break when she heard Jess Glynne play.

She has four boys and a million pounds would set them up for life, so she didn't want to take the cash prize on offer at the time of playing.

When she can, she’d like to book a family holiday to New York and pay off her mortgage.

Dallas is getting married to his partner Shauna next year and a million pounds would get them their dream wedding, with what's left he'd treat himself to a Lamborghini.

Dallas listens and plays the game every day in his van so he was delighted when he got to play and make that decision to either take the cash or go in the draw.

Helen was really shocked when we called her back, she was lost for words!

She’d love to buy husband James a fast, sporty car if she wins £1,000,000 and a big, extravagant house for the family.

Helen would also give up work to spend more time with her young daughters.

Mike’s a gas engineer and has been playing the game while he’s waiting for jobs. He has three sons, Bradley, Wesley and Ashley and would like to pay off all their mortgages! After that he’d like a holiday in the Caribbean.

He promised himself he’d go into the draw unless he had to turn down £8,000 or more - and now he's in the final ten!

Steve was the 29th person in the draw, and told Heart that he had been spending the day painting the hallway “crushed almond” and playing Make Me A Millionaire at home - hoping he'd get into the draw before Thursday.

He’d love to swap his house for a twin-engined boat, to upgrade from the narrowboat he owns at the moment, as that way he could spend all day sunbathing!

His wife Denise and daughter Hannah wanted him to go in the draw and were shouting encouragement in the background - they must want the extra tanning space, too! 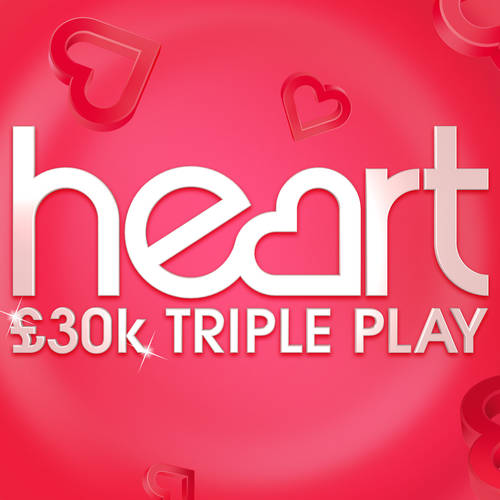 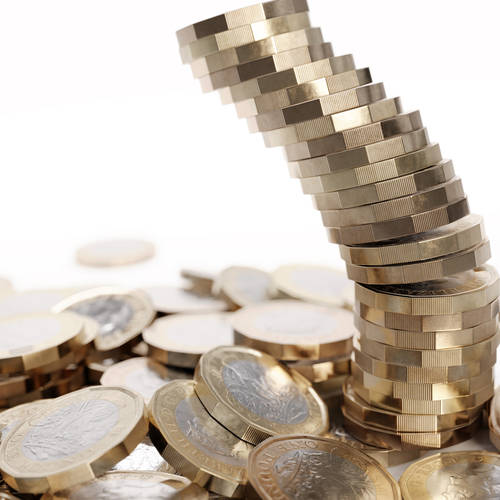