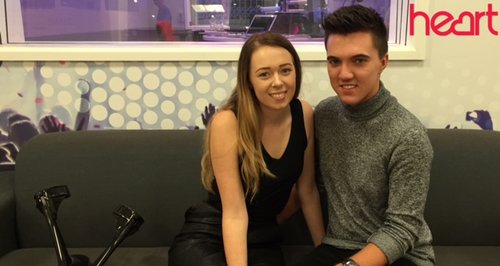 Five months ago Leah Washington and Joe Pugh were meant to be spending a fun day out at Alton Towers, but then disaster stuck when the ride the Smiler crashed.

Four people were seriously hurt in the crash between two carriages on the Smile at Alton Towers including Barnsley teenagers Leah Washington and Joe Pugh.

Sixteen people were in one carriage of the Smiler ride; the other was empty.

Leah and Joe were trapped for nearly 5 hours.

Five months on and Leah and Joe have spoke to Heart about what they went through on that day.

Hear their plans for the future and how they've been trolled on twitter by people who can't wait to go back on the rollercoaster because it's now more of a thrill.

Leah speaks to us about how she is feeling 5 months on since the crash on the Smiler.

Leah Washington tells us about the day that the 'Smiler' crashed and what she remembers.

Leah Looks to her future.

Leah talks about how she feels about the ride re-opening in the future and how she's been trolled on twitter.

Joe looks back to the day and how he feels about the ride when it re-opens.
We asked Alton Towers about plans to re-open ride and this is what they told Heart:

'We don’t have any further update at the moment and no date has been set for the re-opening. As we have said previously, the ride will only reopen once all the necessary steps have been taken and consultation with the Health & Safety Executive '